The Duchess of Cornwall arrived at an SE1 traffic island on a vintage double-decker bus as part of a tour of urban gardens in Southwark and Lambeth. 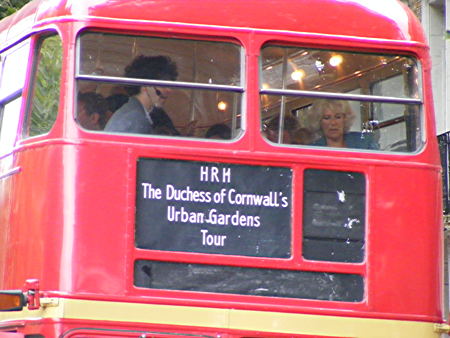 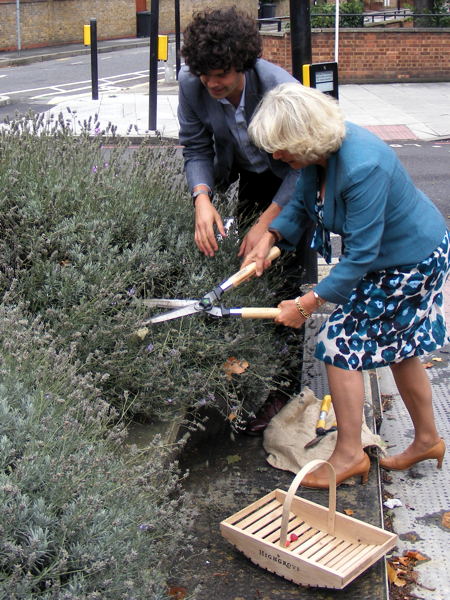 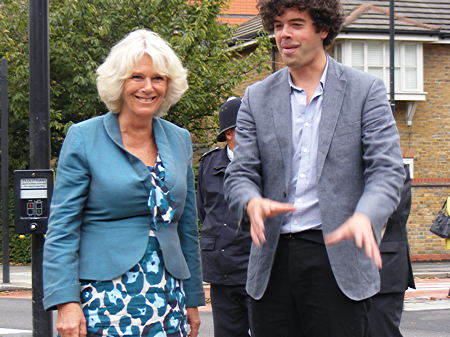 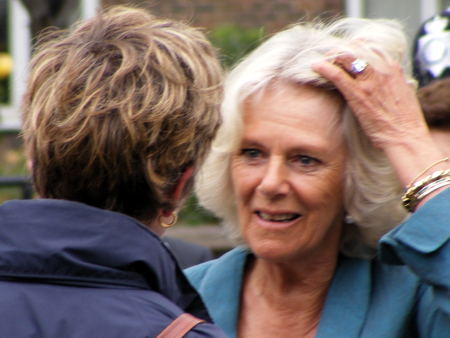 The Duchess learns about guerrilla gardening from Clare Armstrong 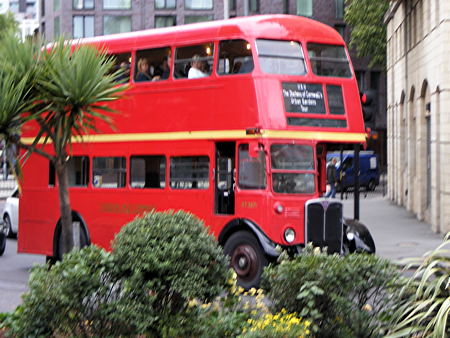 The Duchess of Cornwall's Urban Garden Tour began at St James's Palace where two former London Transport RT buses were waiting for the Duchess and her party.

The first stop was at Walworth Garden Farm where the Duchess was greeted by the Mayor of Southwark, Cllr Lorraine Lauder, and the council leader Peter John.

Local resident Richard Reynolds gave the royal party a commentary on the guerrilla gardens of SE1 and the Duchess left the bus in St George's Road to help out with the lavender harvest at the traffic island outside Morley College.

Guerrilla gardening is a worldwide movement of people who nurture plants and flowers in public spaces with or without the permission of local authorities. The Duchess is the most high-profile supporter to date.

The Duchess, who was carrying a Highgrove-branded garden trug, was greeted by local guerrilla gardeners Clare Armstrong and Sunny Lee.

Lavender grown at the traffic island is stuffed into pillows by a team of volunteers and sold online via the guerrilla gardening website to raise money for garden supplies.

After about 20 minutes the bus was on its way again to further garden visits in Camberwell. From the top deck of the bus the Duchess was able to admire the beds tended by guerrilla gardeners at St George's Circus and the Elephant & Castle roundabout.