Abseilers have installed the world's largest bra on the side of ITV's London Television Centre tower on the South Bank. 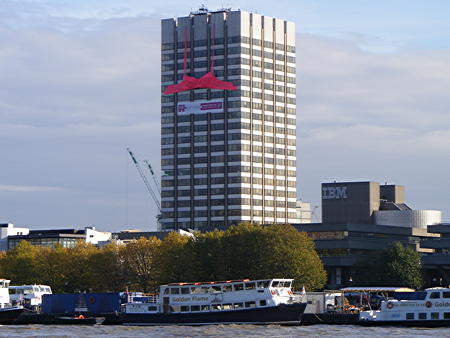 The stunt was timed to coincide with the Breast Cancer Campaign's Wear it Pink Day and the bra was unveiled during ITV's This Morning programme on Friday.

Guinness World Records required that the record-attempt bra was to be an exact scaled-up replica of a garment on sale at the moment.

The giant bra, which took four weeks to make, was based on a Debenhams design. It took six days to prepare the rigging and abseilers worked for three days to install the bra.

ITV had applied to Lambeth Council for planning permission for the installation but the application was withdrawn before a decision was made.

• Find out more at www.worldrecordbra.com