A Southwark Council licensing sub-committee this week granted a premises licence to Mainray House, a new restaurant and bar in the former Terra Plana shoe shop in Bermondsey Street. 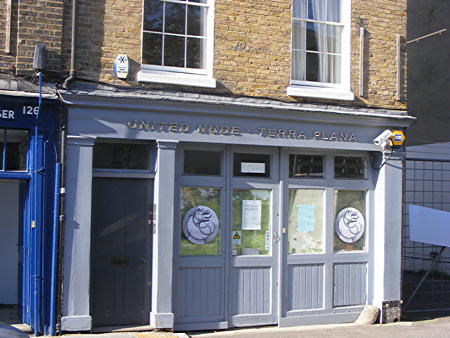 Chris Akass and Vikki Hanspal want to turn the former Terra Plana shop into Mainray House with a bar at the front of the building and a formal dining area at the rear.

The application for a premises licence attracted 39 objections from local residents and provided the impetus for the formation of a new 'action group' campaigning for a saturation policy to be introduced in Bermondsey Street to make it more difficult for further licences to be granted.

Thomas O'Maoileoin, solicitor for Mainray House, told the councillors that "it's not the type of premises people will go to for a cheap alcohol-led experience".

He drew the sub-committee's attention to a sample menu and wine list submitted to the council. Prices for a bottle of red wine range from £17 to £48 and a bottle of champagne will cost £60.

Mr O'Maoileoin said that the applicants have 30 years' experience in the hospitality trade between them. Mr Akass currently manages an M&S kitchen in London Colney and Ms Hanspal is general manager of the Premier Inn at Southampton Airport.

Four objectors addressed the sub-committee, led by local resident (and solicitor) Alexandra Wyatt. Their arguments centred on the cumulative effect of the proliferation of bars and restaurants along the street.

"This community is firmly set against this venture," said Ms Wyatt.

"At night, particularly later in the week and at weekends, Bermondsey Street and its environs are thronging with drunken people," she said.

She continued: "It has become a destination for hen parties and stag nights."

Ms Wyatt described the "occasional fights" she had witnessed, and warned that additional bars in the area would lead to "more vomiting and urinating in the street", more litter and shouting and swearing.

Another local resident, Peter Curtain, said that Bermondsey Street had become "a night-time drinking destination for people across London".

"To a large extent we tolerate it – we always have. It's just a question of whether we can tolerate that much more."

Sarah Wyndham Lewis recounted the damage caused to her Holly & Lil shop by drunken revellers and described the regular routine of washing down the front of the shop after it had been used as a lavatory.

She went on to tell the sub-committee that Tanner Street Park is regularly used as a lavatory by "well-dressed, well-heeled, well-spoken people".

Mr O'Maoileoin told councillors that the residents' concerns were misplaced: "We are not expecting our customers to be causing disorder," he said. He added that residents' suggestion that Mainray House be required to employ a bouncer was "entirely inappropriate". "It gives completely the wrong impression," he said.

The licensing sub-committee of Cllr Ian Wingfield, Cllr Eliza Mann and Cllr Althea Smith granted the licence but reduced the hours during which alcohol can be sold by 30 minutes a day compared to the hours sought by the applicants.

The new venue will not be able to sell alcohol after 10.30pm on weekdays, 11.30pm on Saturdays and 10pm on Sundays.

Earlier this month Southwark's council assembly received a deputation from Bermondsey Street residents concerned about the noise and antisocial behaviour associated with the growing number of restaurants and bars in the street.

The council resolved unanimously to ask the borough's licensing committee to review the boundaries of the current saturation areas when new legislation is passed that will make it easier for the council to introduce and extend special policies for particular areas.