A small 'insect hotel' built from old exhibition materials and inspired by the design of Elephant & Castle's Heygate Estate has gone on display at the Garden Museum in Lambeth. 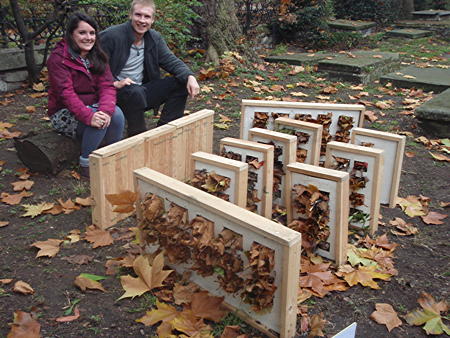 Jade Cawthray and Gareth Scotland with Beegate at the Garden Museum 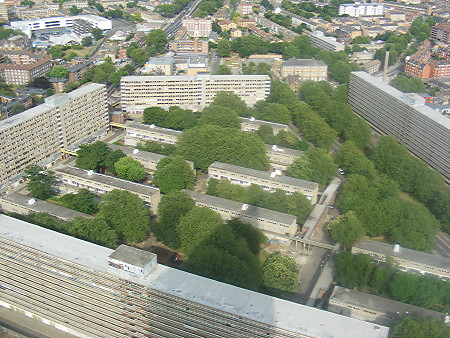 'Beegate' takes its form from the Heygate Estate and has gone on display in the same week that Southwark councillors voted to speed up the demolition of the 1,100-home estate by two to three years.

Inspired by Heygate architect Tim Tinker's vision of a thriving mixed community the museum hopes to see insects of all varieties taking shelter in the insect hotel.

Built as a tribute to that utopian ideal, the museum hopes to see bees, ladybirds and lacewings taking up residence together.

'Beegate' was created to coincide with the museum's From Garden City to Green City exhibition which explores the many visions and projects that have inspired the 'green city' movement over the last 150 years.

One such movement is the campaign to protect British bees. Thanks to increased urbanisation and loss of habitat such as wildflower meadows the bee population is in steep decline.

Positioned in the museum's own wildflower meadow it is hoped that 'Beegate' will help to boost the bee population whilst its inhabitants increase pollination and strengthen the habitat.