The new owner of a former Southern Cross care home at Bricklayers Arms says it is "working very hard" to improve the quality of its service after the publication of a highly critical report by the Care Quality Commission. 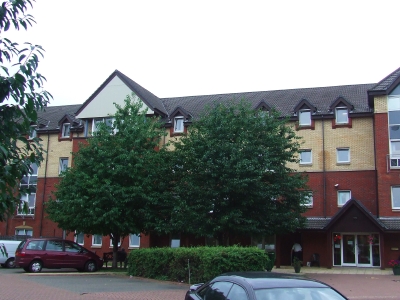 Since we published that story HC-One has contacted us to set out what it is doing to improve the quality of care at the home it took over on 1 November.

"As we have previously stated, we were extremely disappointed to find these issues so soon after having taken over the home," said a spokesman for HC-One.

"This is why, when taking over the home from the previous management, we conducted a full quality audit in November 2011 and again in January 2012. At the time of the CQC's 6 December 2011 inspection we were already implementing a detailed action plan, based upon our internal inspection, as we were not fully satisfied with the care then being provided. Since we took over the home we have been working closely and transparently with the CQC, as well as Southwark Council, as there can never be any excuse for the types of behaviour that had arisen under the previous leadership.

"We fully understand the CQC's concerns and what matters now is that we regain their confidence by continuing to improve the standard of care the home provides in line with the report. Since the December inspection took place, we have, as the new owners, already made a number of improvements. The residents and their families need to know that these sorts of issues will not continue under HC-One and we are working very hard to continually enhance the quality of the home.

"Since we became aware of these matters, we have met with Southwark Council's cabinet member for health and adult social care [Cllr Dora Dixon-Fyle] to discuss the issues in full, and reassure her how seriously we take the quality of care in the home. Furthermore, we have submitted our action plan to the CQC.

"We will continue to work tirelessly to ensure our homes meet the standards and values which we, the residents, their families, committed members of staff and the CQC all share. Much has been done to improve the level of care we have provided at the home, though we will not be satisfied until we have gone above and beyond what the CQC requires.

"Whilst we understand the concerns that the CQC report raised, it is unfortunate that this has arisen in part because of the response from the previous operator."

Liam Scanlon, independent chair of HC-One's safeguarding board and quality forum, said: "I am assured to note that HC-One is working in close co-operation with both the CQC and the local authority to rectify the areas of concern flagged in the CQC's report.

"I am satisfied in my role as the independent chair of HC-One's safeguarding board that the company has created a robust action plan to deal with what had previously arisen, now that HC-One has taken over the running of the home."

• Southwark's health and adult social care scrutiny sub-committee is carrying out an investigation into the three former Southern Cross homes in the borough and the impact of the firm's collapse on their residents.