Sainsbury’s Local opens in The Cut

The Sainsbury's Local convenience store in The Cut opened its doors to customers early on Friday morning. 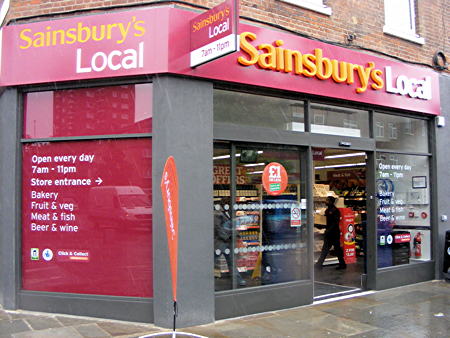 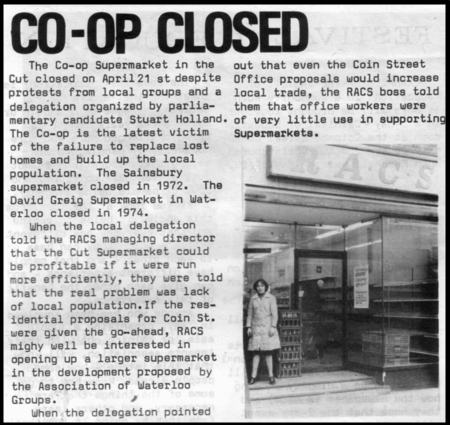 The new store occupies the shop units previously occupied by Panbros, Southbank China and the launderette.

15 months have passed since local residents, joined by Kate Hoey MP and councillors from both Lambeth and Southwark, held a save our shops protest in The Cut.

The new Sainsbury's Local store is open daily 7am-11pm and has a greater emphasis on food for preparation at home than the nearby Waterloo Road branch.

Although the supermarket has replaced three local shops, it is not the first time that a grocery store has occupied the site at the corner of The Cut and Short Street.

The Royal Arsenal Co-operative Society supermarket closed in April 1979 despite a campaign by local people.