Southwark Council is planning a tougher licensing regime for businesses wanting to place tables, chairs, furniture and advertising boards in the street - and it plans to start the clampdown around Borough Market. 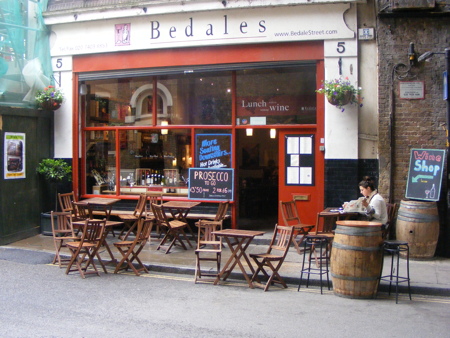 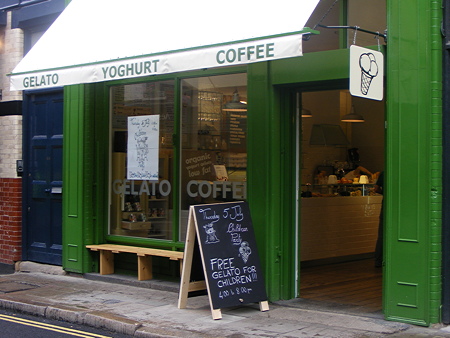 Businesses wanting to place an A-board on the pavement will have to obtain a licence for one square metre at a cost of Ł75 a year.

Licenses will not be issued unless the unobstructed area of the pavement is at least 1.2 metres wide, to ensure that wheelchair users and pushchairs can get past.

"During the first three months following approval of this report licensing and other inspectors will be walking all major town centres and routes through the borough and speaking to businesses to provide guidance, answer questions and distribute application forms," says the report by Des Waters, the council's head of public realm.

"In the run up to the Olympics, the areas around the main transport interchanges will also be prioritised.

"A key area will be around Borough Market, as London Bridge Station is the station identified as potentially the busiest in London.

"The likely delays and additional journeys through the station are anticipated to significantly increase footfall in and around Borough Market.

"With narrow footway widths in most of the streets around the market, the current high level of use by businesses is pushing pedestrians in to the carriageway.

"In an area where there is a high level of delivery vehicles and relatively high traffic levels this is potentially dangerous and will be one of the first areas for licensing roll-out."

The council acknowledges that many businesses have placed tables, chairs and other furniture on the highway without a licence for a number of years.

Mr Waters' report adds: "Any enforcement action to be taken in respect of historic breaches ... will be reviewed on a case by case basis to ensure that businesses are given a fair opportunity to comply with the council's requirements."

The report also notes that some businesses will require licences from the council even if the land on which their furniture is place is privately owned.
"This is because although they are privately owned [the forecourts] form part of the footway which is commonly used by pedestrians," writes Mr Waters.