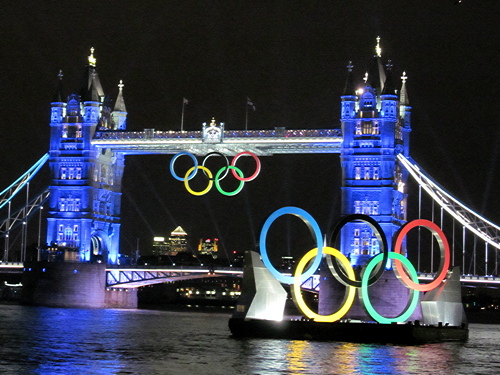 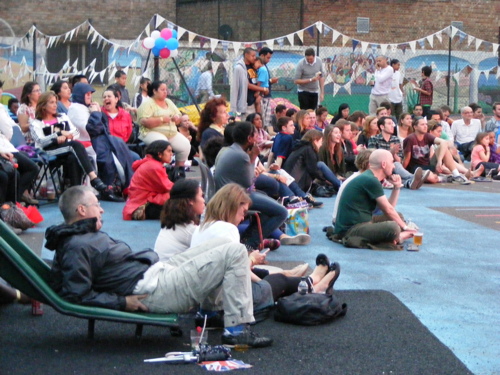 Local residents watched the ceremony on a big screen in the playground of Johanna Primary, Oasis Academy Waterloo

Millions of people around the world watched as Daniel Craig – as James Bond – and 'the Queen' travelled to the Olympic Stadium in a helicopter.

The "Happy & Glorious" sequence featured footage of the helicopter passing through the middle of Tower Bridge which was filmed on 9 June. As the Olympic rings were not unveiled until 27 June, the rings were added to the film as a special effect.

Just after 9.40pm on Friday the bascules of Tower Bridge lifted shortly before a speedboat – with David Beckham at the helm – raced down river with the Olympic flame. Fireworks erupted as the boat passed under the bridge.

The spectacle was enjoyed live by hundreds of spectators on the riverbank, but the stadium and television audience saw a prerecorded version of the sequence some time later in the evening.