The President of Iceland Olafur Ragnar Grimsson joined the Southwark Cathedral congregation for Evensong on Sunday. 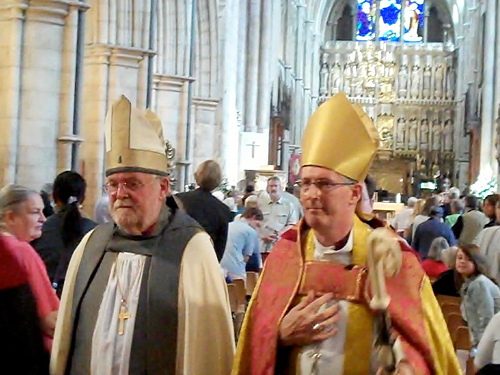 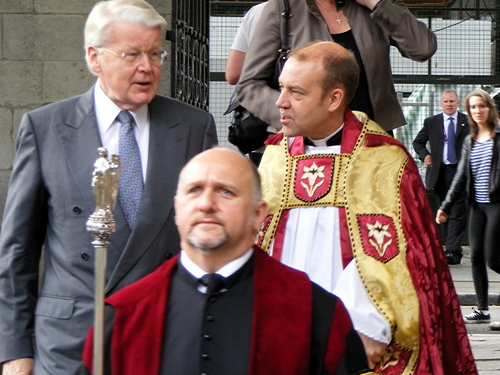 The Icelandic president is welcomed to the cathedral by the Dean, Very Revd Andrew Nunn

Choral Evensong was being sung on St Olave's Day with representatives of London's Nordic churches who are all hosting Olympic visitors.

Bishop of Visby Sven-Bernard Fast, known as bishop to the Church of Sweden abroad, preached on the first reading from Ecclesiasticus.

The service ended with the visiting Nordic Choir singing the Summer Hymn known as Sommarpsalm.

The Icelandic president was welcomed by Dean of Southwark Andrew Nunn.

Afterwards the Icelandic president viewed the Diamond Jubilee window, which has been designed and made by Icelandic artist Leifur Breidfjord, before attending a reception with visiting Olympic chaplains.

The service will be broadcast next Sunday on RUV, the Icelandic National Broadcasting Service.

• The Icelandic president was the second head of state to be at the cathedral during the weekend. On Saturday Swiss federal president Eveline Widmer-Schlump visited the Millennium Courtyard as part of her tour of the House of Switzerland.