Anyone turning up at the Bermondsey Square Hotel in early October will be in for a shock when they find Gordon Ramsay running the restaurant, Mary Portas in charge of the rooms and Gok Wan managing the bar. 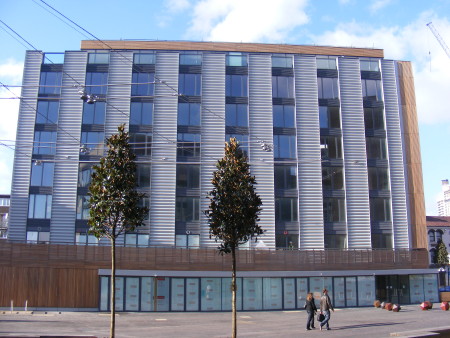 Channel 4 has taken over the hotel for a week-long series called Hotel GB to be aired every night at 9pm from Monday 1 October.

Presenters and performers associated with Channel 4 including Phil Spencer and Kirstie Allsop will take on key roles at the hotel. Local resident Gok Wan will also feature in the series.

The stars will be divided into two teams led by Gordon Ramsay and Mary Portas who will compete to raise as much money as possible for the Prince's Trust and the Springboard charity – and find full-time jobs for their unemployed trainees.

As preparations for the series begin at the hotel, the Gregg's Table restaurant run by Gregg Wallace has shut for a four-week break. The closure comes days after another highly critical national newspaper review – this time by Matthew Norman in the Daily Telegraph.