Hundreds of people attended a Mass at St George's Cathedral on Sunday afternoon to mark the conclusion of the 100 Days of Peace project linked to the Olympic and Paralympic Games. 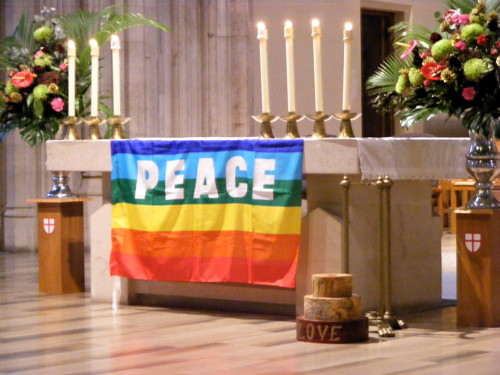 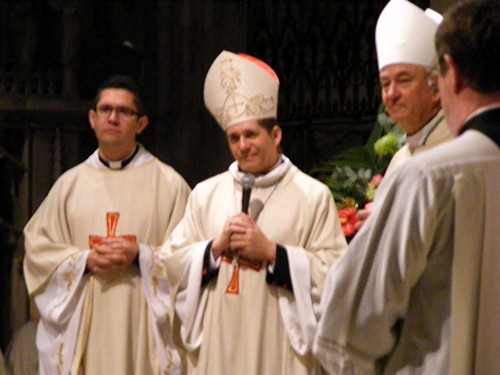 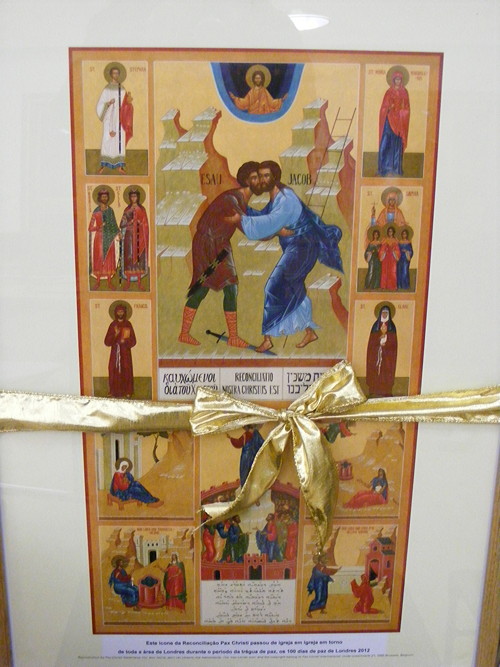 A framed copy of the Pax Christi peace icon

100 Days of Peace was a joint project of the Catholic church in London, Pax Christi, CAFOD, London Citizens and More Than Gold.

Inspired by the truce that was observed during the ancient Olympics to allow competitors to reach Olympia safely, the 100 Days of Peace project aimed to extend the concept to the 50 days preceding the Olympic opening ceremony and the 50 days after the Paralympic closing ceremony.

Initiatives linked to the 100 Days of Peace project include the establishment of CitySafe Zones like the one launched this week in and around London Road at Elephant & Castle.

Grace Idowu, whose son David was killed in Southwark in 2008, has also been at the forefront of the 100 Days of Peace campaign in London this summer.

The 100 Days of Peace began with an all-night vigil at St Martin in the Fields Church in Trafalgar Square and ended with Sunday's Mass at St George's Cathedral in Southwark.

The Mass in Portuguese and English was concelebrated by Archbishop of Southwark Peter Smith with Archbishop of Westminster Vincent Nichols and auxiliary Bishop of Rio Luis Henrique.

The homily was preached in English by Vicar General of Brentwood Mgr John Armitage whose diocese includes the Olympic Park. He said that the "ever present" yearning for peace was to be found everywhere from Aleppo in Syria to the hearts of the parents of children who suffer acts of violence on London streets.

In the congregation were the Mayors of five London Boroughs including Lambeth and Southwark and diplomats from around the world. Also present at the Mass was former Attorney General Baroness Scotland.

For the past week a peace icon has been displayed at St George's Cathedral at the end of a tour of Catholic churches in the Southwark, Brentwood and Westminster dioceses.

A copy of the icon, together with a wooden cross used at the Joshua Camp in East London during the Olympic Games, was presented to representatives of the Brazilian community as Rio de Janeiro prepares to host the next Olympic Gamres.

"We pass on these two symbols of our Christian witness to you, the representatives of the Brazilian Church, just as the Olympic Torch is passed on from one country to another," said Archbishop Nichols.

"In this way we ask you to keep the flame of peace alive in your events of the coming years: not only that of Rio 2016 but World Youth Day next year and the World Cup in 2014.

"May these international occasions be a source of great grace and peace so that Christ the King, represented by your landmark, will bless and protect your country.

"And may the Olympic Truce be a real and meaningful rallying call for you as it has been for us."

The peace icon was painted at the Monastery of St John in the Desert near Jerusalem. Its panels represent scenes of Biblical reconciliation and saints associated with peace. The Lord's Prayer is written in the Aramaic language spoken by Jesus.

The original was given to Pax Christi, the international Catholic Movement for Peace, in 1999. A small version tours the world visiting Olympic cities.