The Lambeth Mission & St Mary's building in Lambeth Road was full on Sunday morning for a service marking the 40th anniversary of Lambeth's Anglican-Methodist ecumenical partnership. 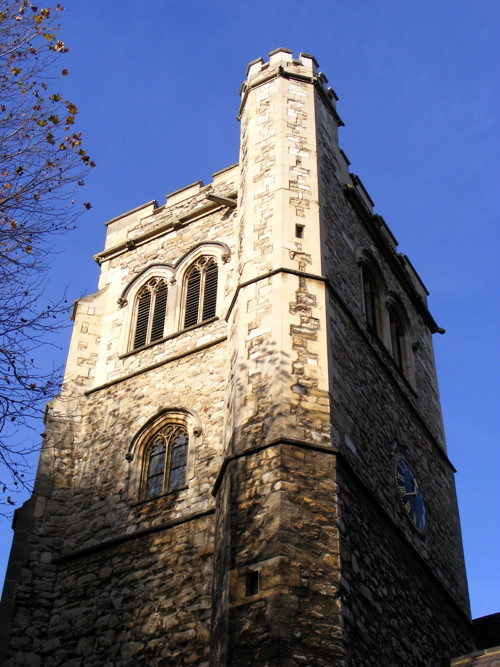 The tower of St Mary-at-Lambeth (now the Garden Museum) 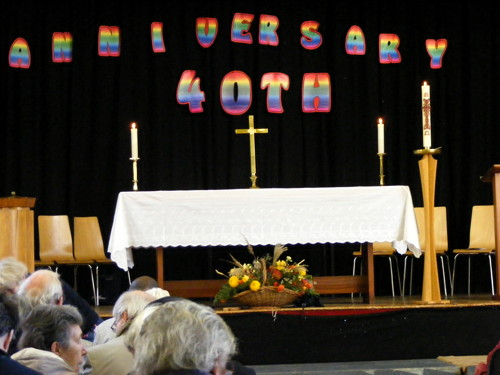 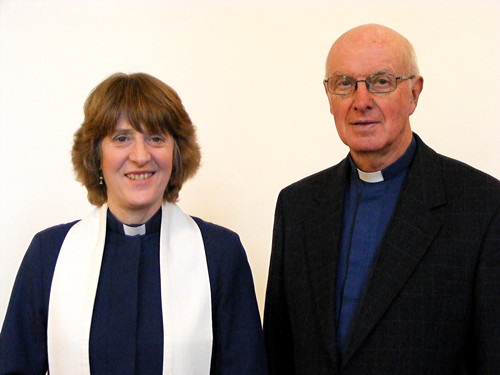 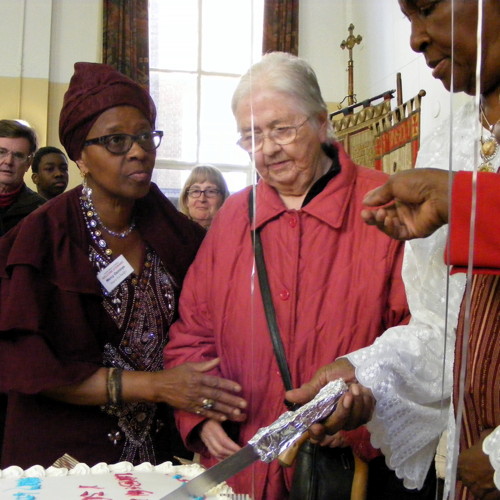 Maggie Woolley helped to cut a cake to mark the anniversary

Roderick Wells, the last priest to be attached to the ancient St Mary-at-Lambeth church next to Lambeth Palace, was the preacher. He had first arrived as curate in 1966 but when the rector, Oliver Twisleton-Wykeham-Fiennes, left in 1968 to be dean of Lincoln it was decided to make Roderick priest-in-charge.

At the time the future of the building was uncertain due to the cost of restoration. Eventually the controversial decision was taken to declare that a church was the people and not an expensive building.

As a result in 1972 Bishop of Southwark Mervyn Stockwood declared the church closed and led the congregation along Lambeth Road to join the Methodist Lambeth Mission. Stephen Maslen was the Anglican priest appointed that year to go with the congregation. The old St Mary's building is now the Garden Museum.

Before the service on Sunday Garden Museum director Christopher Woodward welcomed the present Lambeth Mission Methodist minister Rosemary Fletcher to the old church. Afterwards there was a procession along Lambeth Road by representatives of today's congregation who on the way sang the same hymn chosen for the departure procession 40 years ago: Thy hand, O God, has guided.

The 40th anniversary service of celebration at Lambeth Mission included the hymn O Thou Who camest from above which had been sung at the first joint service.

Among those present were former Radio 2 presenter Canon Roger Royle and many past parishioners including those now living in Essex, Cumbria and Yorkshire.

A message was received from Archbishop of Canterbury Rowan Williams and his wife Jane.

Rosemary Fletcher, as successor to Roderick Wells, was vested in a cope once used at the old church.

Cub Scouts and other young people provided a dramatised version of the Old Testament reading about Noah.

Afterwards Maggie Woolley, who had worshipped at the old parish church and been part of the first procession to Lambeth Mission, helped cut an anniversary cake.