Flat Iron Square in Southwark was the venue for an audio-visual show hosted by Nokia on Wednesday night to launch its latest Lumia smartphone models. 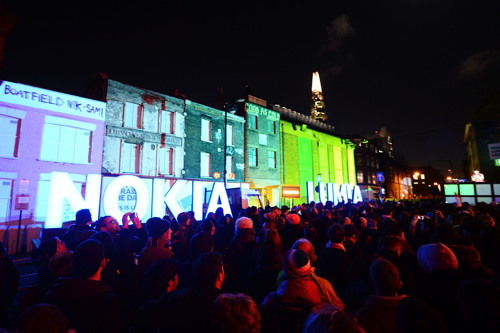 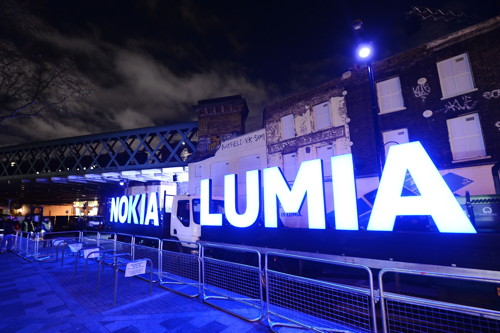 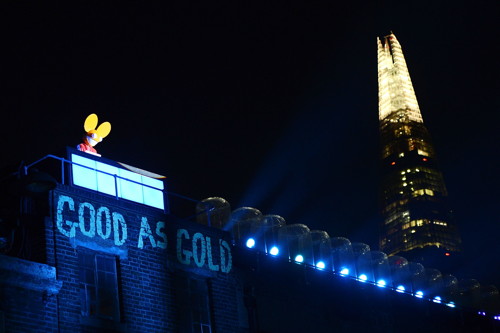 The show was Nokia's latest collaboration with deadmau5, exactly a year after hundreds of people gathered on Albert Embankment to watch 4D projections onto the Millbank Tower.

Nokia cliams that it rigged every inch of Flat Iron Square, using specially developed software, to come alive in sequence to a deadmau5 set.

People arriving in the square saw just a normal London street, and as the music started the technology allowed it to be 'played' like a musical instrument.

deadmau5 said: "Playing Millbank Tower was an incredible experience, so it's great to be back in London to team up with Nokia again. The new show was a totally different concept from last year, but equally inspiring and technically challenging."