Bankside Open Spaces Trust (BOST) has once again been recognised for thequality of its open spaces and work within the local community, receiving two GoldRoyal Horticultural Society London in Bloom 2017 awards. 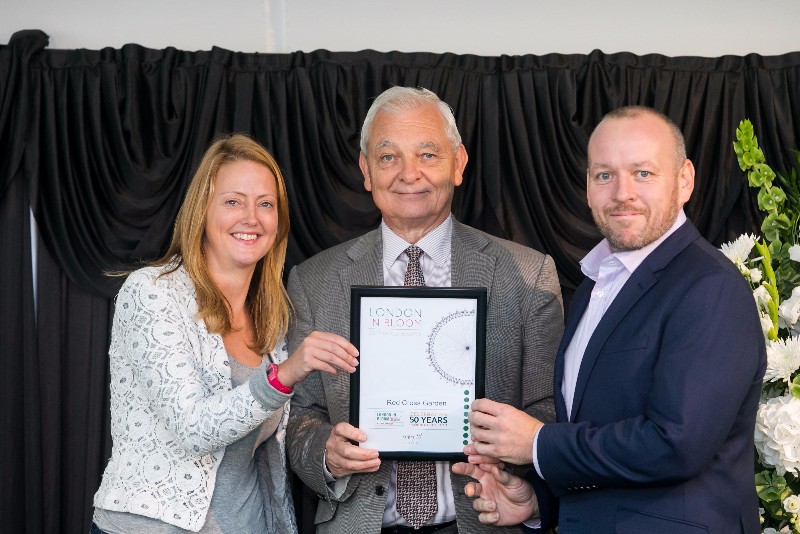 The awards acknowledge the charity's achievements at Red Cross Garden, and for its partnership work with Better Bankside and Southwark Council by winning in the Urban Community category.

The awards were presented at a ceremony held last month in Mile End Park.

The judges, who visited back in July, were taken on a guided tour of some of Bankside's gardens, taking in key BOST sites including the Tate Modern Community Garden, Crossbones Garden and Mint Street Park as well as sites such as Warden's Grove and Flat Iron Square cared for by Better Bankside and Southwark Council.

The judges commented that Red Cross Garden in particular "...delivers so much more than a visual delight and is a lovely place for its visitors.

"Its dedicated team has developed through gardening a strong growing community, with training, involvement with schools and putting on ingenious events. It was a pleasure to visit."

Mary O'Connell, community parks coordinator for BOST, said, "This highlights all the hard work that our team of volunteers put in to ensure our gardens are of the highest horticultural standard and an asset to the community.

"I would like to thank everyone who is involved in the gardens, including all the visitors that cherish them."

These latest awards add to BOST's previous accomplishments including two Green Flags earlier this year and the RHS Small Park of the Year award in 2016 for Red Cross Garden.