Pupils from St Saviour's and St Olave's School at Bricklayers Arms have won a quiz held at the Palace of Westminster, comprehensively beating members of the House of Commons and House of Lords. 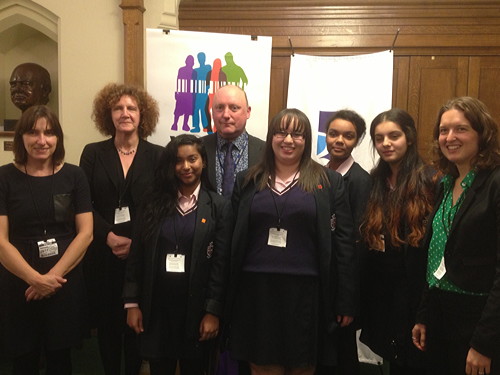 The schoolgirls took part in the 'young consumer of the year' vs parliamentarians quiz organised by the Trading Standards Institute and the Financial Ombudsman Service at the Houses of Parliament last week.

The competition was hosted by Jonathan Evans MP whilst Sir Nicholas Montagu, chairman of the Financial Ombudsman Service, served as quizmaster.

Pupils from the school have held the title of 'London young consumer of the year' for three years running and were invited to take part in the quiz which saw them compete against teams of MPs and peers.

The pupils secured a resounding victory finishing with 119 points whilst the MPs managed 73 points and the peers just 54 points.

The quiz is part of a campaign to equip young people with the required skills, knowledge and confidence to make effective consumer decisions.

The main topics include consumer and law, food and health, safety and the environment, managing money and finance, credit and the European dimension.

"Not only have the St Saviour's girls done tremendously well to hold on to the 'London young consumer of the year' title for three years but they have also proven themselves as consumer rights champions by winning the quiz," said Cllr Dora Dixon-Fyle, Southwark's cabinet member for children's services.

"We are extremely proud of the girls and hope that they have found the whole experience rewarding. With the economy in such uncertainty it is important that young people are knowledgeable about their rights as a consumer and the importance of managing personal finances.

"I hope the pupils are able to pass this knowledge on to their peers back at school and encourage them to also take into consideration how important it is to be a responsible consumer."

The Young Consumer 2013 local Southwark final takes place in February at the Unicorn Theatre with the London finals at the O2 in March.

Winners will go forward to the national finals at the Trading Standards Institute Conference in Brighton in June.