Eileen House developer hits back at Ministry of Sound claims

With Boris Johnson's final decision on the redevelopment of Eileen House at Elephant & Castle just a few weeks away, the scheme's supporters and detractors have stepped up their publicity campaigns. 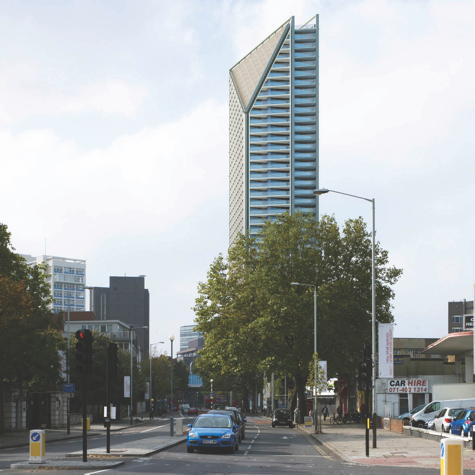 The Ministry of Sound is the most prominent opponent of the proposed 41-storey tower on Newington Causeway.

"The bottom line is if they build that block of flats, we are going to close," the nightclub's owner James Palumbo told the Evening Standard last month.

The club insists that if a residential development is built nearby, noise complaints from new neighbours will jeopardise its 24-hour licence.

Now developer Oakmayne has hit back. A spokesman said this week: "The Ministry of Sound's campaign to 'save our club' is based on a fundamentally false and deliberately misleading premise.

"We have continually repeated that the much needed new homes and offices planned for the Eileen House site can perfectly well co-exist with a well run and responsible club.

"We have taken every possible step in submitting our planning application to ensure that this can be the case, and the Eileen House scheme has been designed to fully accommodate its neighbours.

"It is not, and has never been, a question of one or the other. The Ministry is fully aware of this, but chooses to ignore it."

The scheme was recently amended by Oakmayne to reduce the proportion of affordable housing.

Mayor of London Boris Johnson will hold a public hearing on the case at City Hall on Tuesday 26 February.