Jubilee Gardens to be extended across Hungerford Car Park

The Anglo-Qatari consortium that is redeveloping the Shell Centre has announced that it has agreed heads of terms with Southbank Centre to acquire the Hungerford Car Park next to Jubilee Gardens. 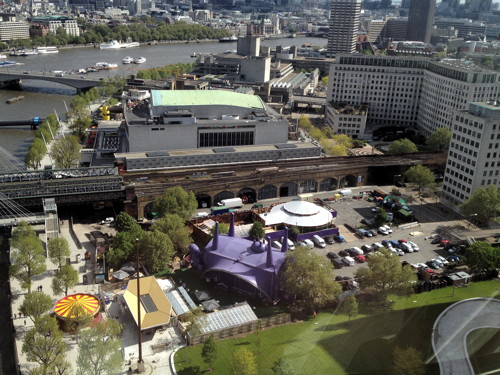 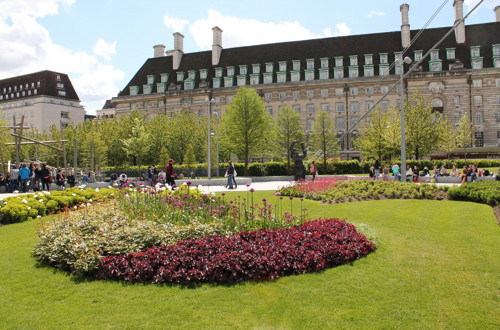 The deal, which solves one of the longest-running planning sagas in central London, was revealed on Tuesday night as Lambeth's planning applications committee met to consider plans for the redevelopment of the Shell Centre.

Councillors were told that Braeburn Estates consortium will purchase the land from Southbank Centre (which holds it on a lease from Arts Council England), spend Ł2 million on new landscaping before handing over the completed park to the Jubilee Gardens Trust.

The Southbank Centre will use the cash raised from the sale of the land to help fund its Festival Wing development at the Queen Elizabeth Hall and Hayward Gallery.

In recent years Southbank Centre has used the car park to host the Udderbelly festival during the summer months.

The deal ensures that residents of the new luxury flats to be developed on the Shell Centre site will have a pleasant view towards the river.

The agreement leaves open the possibility of a future development by the British Film Institute to bring a new national film centre to part of the site.

Local organisations including Waterloo Community Development Group have long campaigned for the extension of Jubilee Gardens onto the car park site, part of which is designated as Metropolitan Open Land.

Jubilee Gardens reopened last summer after a major relandscaping programme and in recent weeks new planting has been added to the park.

Alex Valenzuela from South Bank Employers' Group, which is looking after the park on behalf of the Jubilee Gardens Trust, said: "We are very pleased with the new-look Jubilee Gardens now that the extensive spring maintenance programme has been completed.

"The gardens already enjoy enormous success amongst visitors and local residents, and I am sure everyone will welcome the new flower features in preparation for what is set to be another busy summer season."