The Thameslink Programme to upgrade north-south rail links through central London - originally due for completion in 2000 - may not hit its revised 2018 completion date, the National Audit Office has warned. 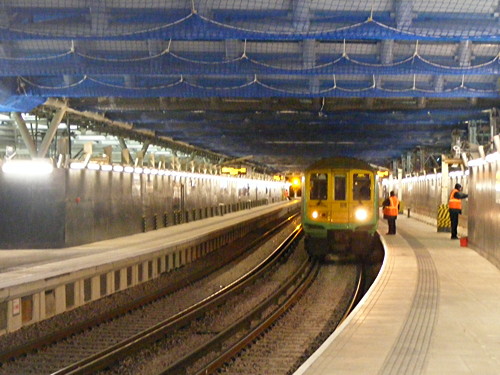 A National Audit Office report published on Wednesday said that Department for Transport has done well so far to contain the infrastructure costs for the Thameslink Programme within the original budget.

Phase one of the programme – including the rebuilding of Blackfriars Station and a new viaduct at Borough Market – cost Ł1.704 billion, was completed on time and was Ł143 million under budget.

The second phase – including the rebuilding of London Bridge Station – started this month and is due for completion in 2018. However, the full benefits of the infrastructure project will only be felt if a new fleet of trains is ordered – a process that is currently behind schedule.

"It's too early in the Thameslink programme to conclude on whether or not it will achieve value for money," said Amyas Morse, head of the National Audit Office.

"That will have to wait until the new service is running. However, there has been good progress in delivering the first stage of the infrastructure part of the programme on time and under budget, which the department now needs to build on.

"Our principal concern is around the delay in agreeing the contract to build new trains which raises questions about the feasibility of delivering the whole programme by 2018."

The Thameslink 2000 project was first proposed in the 1980s.

In 2005 – with work yet to begin – the then transport secretary Alistair Darling admitted that the name was "a bit of a joke". Since then Network Rail has referred to the project as the Thameslink Programme.

The NAO report notes that the cost of redeveloping London Bridge Station "remains significantly more expensive than originally anticipated in 2007" – and that Network Rail has reduced forecast commercial income by Ł900 million through its decision to abandon plans for a new office block above the tracks.