Newington councillor Neil Coyle has been selected as Labour's prospective parliamentary candidate to take on Simon Hughes in Bermondsey & Old Southwark at the 2015 general election. 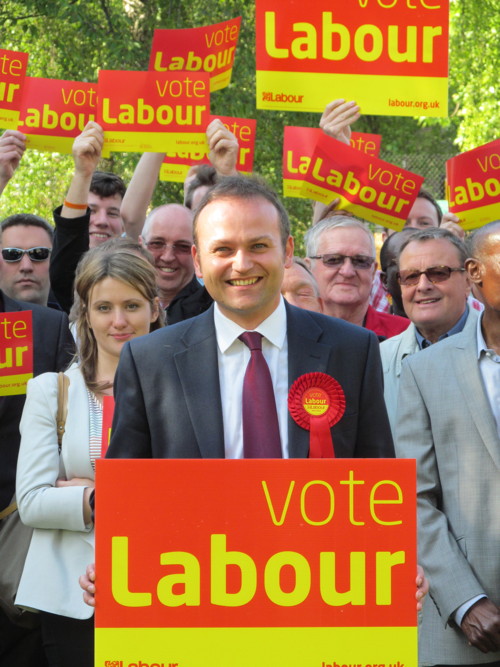 Cllr Coyle has represented Newington ward – which includes the Strata SE1 tower and Draper Estate at the Elephant & Castle – since 2010.

His campaign for selection was endorsed by Guardian columnist Polly Toynbee.

More than 160 local Labour Party members gathered at St James's Church in Bermondsey on Saturday afternoon to choose their prospective candidate from the five contenders.

"I am delighted to win selection to be Labour's candidate in Bermondsey and Old Southwark," said Neil Coyle.

"We will be taking the fight directly to Simon Hughes to expose his duplicity as part of the Tory-led Government.

"The failure of Simon Hughes and his out-of-touch coalition has left thousands of local families struggling to make ends meet.

"We need an MP who will deliver jobs and growth and put the people of Bermondsey and Old Southwark first."

"He's an inspirational local candidate with national credibility in his campaigns for disability rights. He will be a brilliant candidate and an even better MP."

Earlier this year the Labour Party named Bermondsey & Old Southwark as one of its target seats for the 2015 general election.

The 2015 election is likely to be the most strongly contested poll in Bermondsey since the 1983 by-election which brought Simon Hughes into Parliament for the first time. For the first time the Lib Dem MP will be defending the record of a party of government.

Local Lib Dems are bracing themselves for a tough fight in the 2014 borough elections with Labour hoping to make gains in council wards in the Bermondsey & Old Southwark constituency.