The transport secretary has confirmed that Siemens will build the new fleet of trains to take advantage of the huge upgrade of the Thameslink route through Blackfriars and London Bridge. 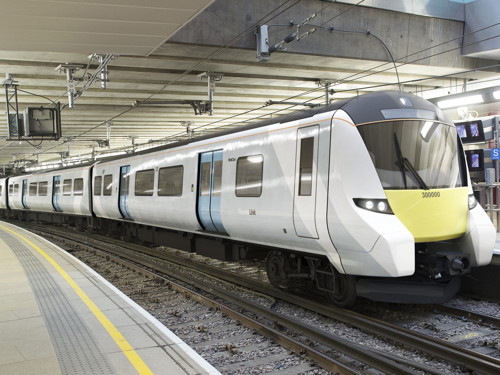 Patrick McLoughlin announced this week that Siemens plc with Cross London Trains have been awarded a contract of around £1.6 billion to build 1,140 Desiro City carriages for use on Thameslink rail services.

"This contract is a boost for UK plc, delivering jobs and injecting crucial investment into the rail industry," said the transport secretary.

"It will also vastly improve train travel into the capital providing fast, frequent services carrying more passengers than ever before.

"This is just one of many rolling stock orders in the pipeline which is both great news for other suppliers and the wider economy."

The deal is expected to see the first new train running on to the network by the start of 2016. The introduction of the full fleet by the end of 2018 will enable up to 24 trains per hour to pass through central London between Blackfriars and St Pancras International.

Blackfriars Station has already been rebuilt to accommodate trains of up to 12 cars.

2018 is also the planned date for the completion of the new London Bridge Station.

"Through our work on the Thameslink programme we have already introduced new trains, new stations, the route's first 12-carriage trains and 29 per cent more seats at our busiest times of the day," said David Statham, managing director of current franchisee First Capital Connect.

"These new trains will now further transform our passengers' experience on the Bedford to Brighton and Great Northern routes, connecting new communities north and south of London and providing many longer services."