The popular skate park in Crucifix Lane will be shut for the six weeks of the school summer holidays due to work by Network Rail to strengthen the railway arches. 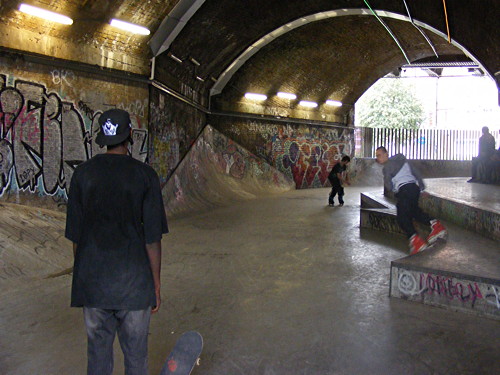 Network Rail's Thameslink Programme team have announced they will need access to the area from Monday 22 July to Wednesday 28 August in order to carry out strengthening works on the railway structures.

The skate park will be closed during this time.

"I know that this will be a disappointment to the young people that visit the skate park and these works have unfortunately come at a very busy time of the year," said Cllr Dora Dixon Fyle, cabinet member for children's services.

"Council officers are already working with Thameslink to see if an earlier completion date is possible, and in the meantime we would encourage users to try out some of the other activities that are open to young people around Southwark this summer."

Skaters can continue to hone their skills at the skate park in Peckham Rye Park and Common on Strakers Road (SE15) and in August the council will officially open a brand new BMX track at Burgess Park off Albany Road.