A new skateboarding facility in a Bermondsey railway arch has been officially opened by Southwark Council leader Nick Stanton. 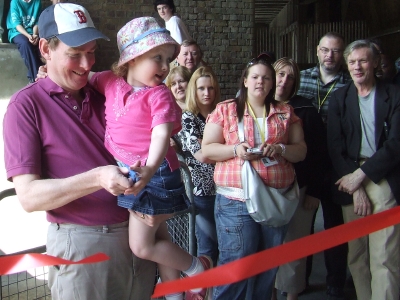 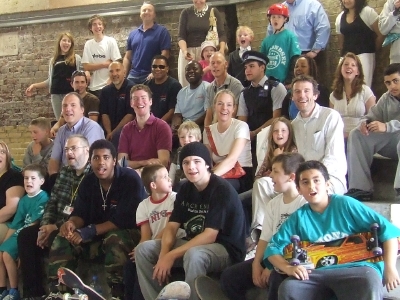 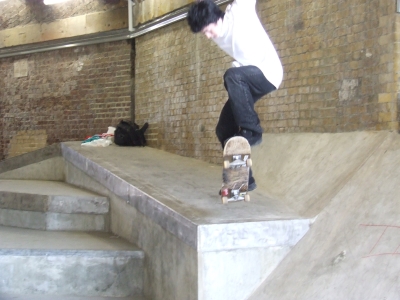 "I hope this is going to be a well-used and well-loved skate park," said Cllr Nick Stanton as he prepared to cut the ribbon. "It's one of the things that local kids have been telling us that they really want in the area."

The new facility is aimed at 11 to 16-year-olds in Bermondsey and is open to all ages and is open on Thursdays and Fridays 4pm-7pm and on Saturdays and Sundays 12 noon-7pm.

The skate park – designed by Jam Factory-based Dive Architects – has been created in a railway arch that was previously a public highway. It's part of a maze of tunnels near where Crucifix Lane meets Druid Street so the road was able to be closed without affecting traffic flows.

The project is part of the Cross River Partnership's Light at the End of the Tunnel programme to reduce the barrier effect of the raised railway viaducts that run across the SE1 area.

"We did a big consultation exercise which lasted about three months back in 2005," explains project manager Dan Taylor. "We had an event in the arch itself, we had all these architects drawings and people giving us their ideas. Some people thought we could build a community hall here, some people thought it might be a good idea to have a basketball court."

"The biggest thing the community wanted was a skate park. There's 250,000 people living in Southwark and there's one tiny skate park down in Dulwich."

Whites Grounds Skate Park will be managed by Southwark Play Services and the council is keen to reassure local residents worried that the skate park will attract anti-social behaviour.

"It's not going to be an open access park," Dan Taylor told guests at the opening ceremony. "When we did the consultation the local residents from the Whites Grounds Estate and Fair Community Housing Services said 'we want a skate park, but we don't want it to be open 24/7'."

In his speech Nick Stanton – in whose Riverside ward the skate park – sought to place the skate park in the context of other local environmental schemes.

"I hope that this – together with the magnificently refurbished Potters Fields Park just on the other side of Tooley Street, with the Alfred Salter Playground that we refurbished a couple of years ago, the development of the home zone on the other side of the fence here and the pocket park in Devon Mansions – will give people the sense that this is a council which is investing in local communities and giving kids something constructive to do during the holidays and after school."

Funding for the skate park has come from More London, the Pool of London Partnership and Bermondsey Community Council.

Earlier this year the skate park was the subject of a petition to the Prime Minister which attracted 849 signatures. The petition called on the PM to put pressure on Southwark Council and the Arts Council [sic] to enable BMX riders to use the skate park.