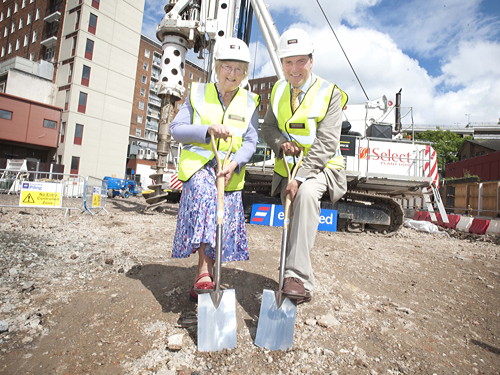 Diana Crawshaw and Simon Hughes MP at the ground-breaking ceremony 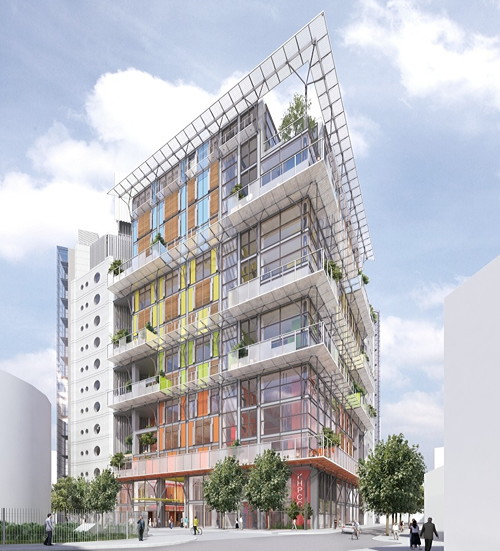 Diana, from Sydenham, chairs the patient reference group which has played an important role in shaping the new centre.

She said: "It has been a real privilege to be involved in the development of the new cancer centre. Patients have been fully consulted on every important decision and we were even involved in the process of choosing the architects.

"I was diagnosed with breast cancer in January 2008 and had surgery, chemotherapy and radiotherapy at Guy's. The main reason I chose Guy's was because the transport links into London Bridge Station meant it was convenient but as my treatment progressed I realised I was very lucky to be there because I had superb care.

"Although my surgeon confirmed recently that my five years of treatment had been successful, I will continue to be involved in clinical trials. I have benefited from the results of previous research into new treatments and I want to help other people in my position."

Plans for the new centre – at the corner of Snowsfields and Great Maze Pond – were approved by Southwark councillors at the end of last year. The new building has been designed by Rogers Stirk Harbour and Partners.

Guy's and St Thomas' is among the largest provider of cancer services in London but these services are currently located in a number of different areas on both hospital sites.

When the new cancer centre at Guy's opens to patients in 2016, it will bring together the majority of care and research in a single state-of-the-art building.

Diana Crawshaw added: "The new cancer centre at Guy's will be unique because patients will be able to receive most of their treatment under one roof and, crucially, research will be fully integrated so that patients benefit from the latest advances."

Dr Maj Kazmi, clinical director of cancer services at Guy's and St Thomas', says: "We want patients to have their say in every aspect of how their care is delivered, everything from being involved in decisions about their treatment to helping us to design the facilities in which their treatment is provided."