She may be one of the Borough's most famous literary characters, but it seems that Southwark Council wasn't quite sure how to spell her name. 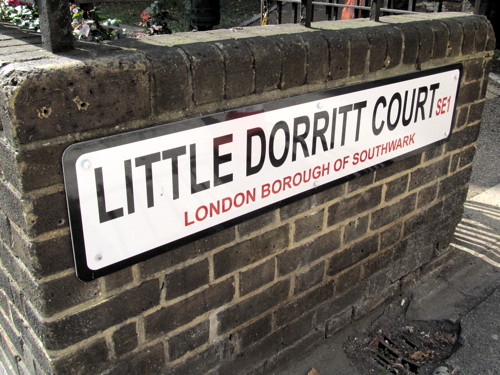 This misspelt sign was on show for more than a month, but the council replaced it within 24 hours once the blunder was pointed out 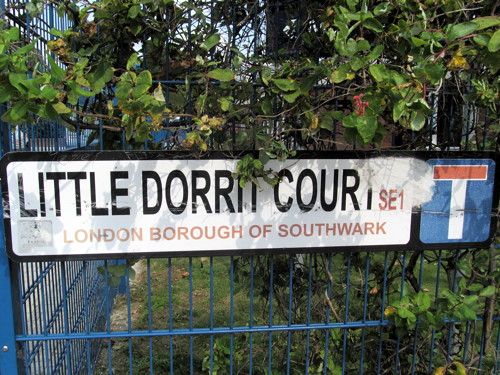 Little Dorrit Court is one of a number of Southwark streets and alleys named after characters from the works of Charles Dickens, including Copperfield Street, Clennam Street, Doyce Street and Quilp Street.

Little Dorrit Court joins Borough High Street close to the site of the Marshalsea Prison where the novel is set.

For the past month anyone walking east to west between Borough High Street and Redcross Way would have found themselves in Little Dorritt Court, whilst those entering the same alleyway from the west were in the correctly spelt Little Dorrit Court.

Within 24 hours of learning about the error from this website, the council had replaced the two misspelt signs.

Cllr Barrie Hargrove, Southwark Labour cabinet member for transport, environment and recycling, said: "Clearly not the best of times for us! Many thanks to our ever-observant residents for bringing this to our attention.

"We've swiftly made amendments to the sign and will be more careful next time."

Cathedrals ward councillor Adele Morris, deputy leader of Southwark Liberal Democrats, said: "It's a shame they can't even get the basics right on spelling the names of local streets, particularly when this one is so close to two schools.

"This is definitely a case of great expectations not being met by Southwark Council."