Prince Philip visited Bankside on Tuesday for the official opening of the new Sam Wanamaker Playhouse at Shakespeare's Globe. 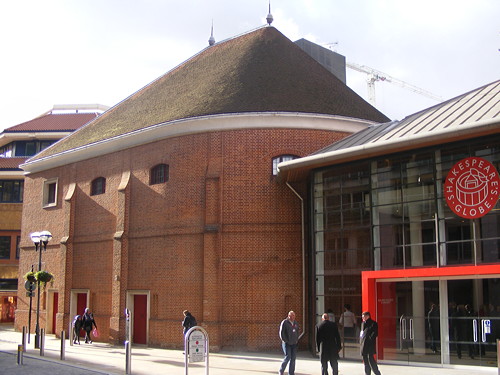 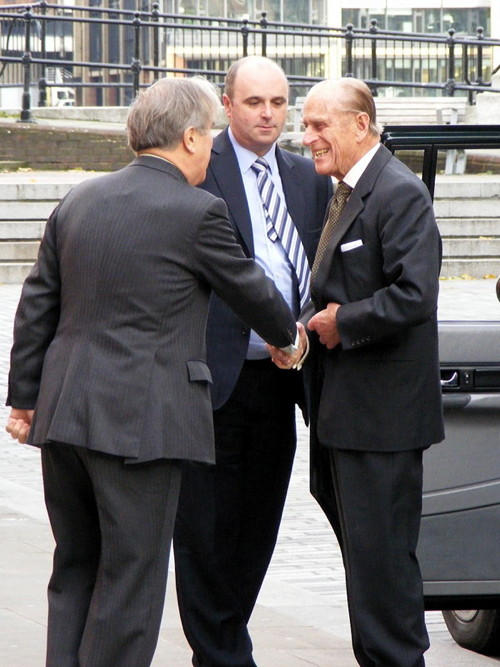 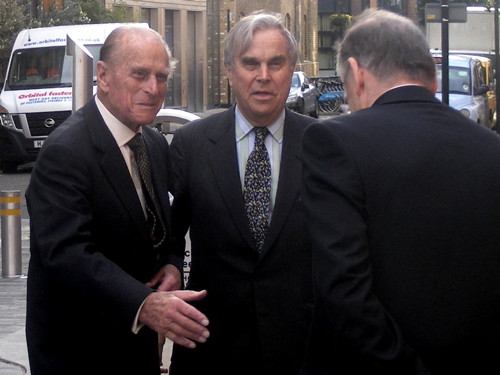 Sir David introduces the Duke to Lord Falconer of Thoroton, chair of the Shakespeare Globe Trust

The Duke of Edinburgh is patron of the Shakespeare Globe Trust. He was welcomed to Bankside by the trust's chairman, Lord Falconer of Thoroton.

Prince Philip unveiled a plaque to commemorate the occasion and lit the final candle of the 100 beeswax candles with which the new indoor playhouse will be lit.

He then watched a short theatrical display consisting of scenes from Hamlet and The Tempest performed by Globe actors.

The Globe has spent £7.5 million fitting out the wooden interior of the playhouse, completing founder Sam Wanamaker's vision for the Shakespeare's Globe theatre complex on Bankside.

The public programme in the Sam Wanamaker Playhouse begins in January next year with The Duchess of Malfi starring Gemma Arterton.

The new space will enable to Globe to run a year-round theatre programme with the focus on the main Globe replica during the summer months and the indoor playhouse in the winter.

On Thursday morning the Duke will return to SE1 along with the Queen for visits to The Shard and Southwark Cathedral.

The Dean of Southwark, the Very Revd Andrew Nunn, said: "We are delighted and honoured that Her Majesty and the Duke of Edinburgh are coming to see the Jubilee window and very much look forward to welcoming them back to Southwark Cathedral."

Signs have been erected by the police around London Bridge Station and St Thomas Street warning of "possible congestion" due to the royal visit between 9am and 11am on Thursday.