Less than a year after relocating from Bermondsey Square to Bankside, independent bookshop Woolfson & Tay has announced its closure. 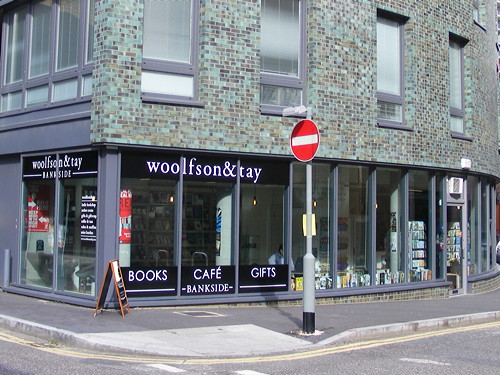 Founded by Shivaun Woolfson and Frances Tay in September 2010, the bookshop spent its first two years in Bermondsey Square before shutting its doors at Christmas 2012.

Five months later the shop reopened in Bankside at the corner of Bear Lane and Dolben Street with an increased focus on food and drink alongside books and gifts.

"Financially, we've been doing a lot better, thanks to our many new regulars, supporters and fans," wrote Frances Tay in a closure announcement on the shop's blog.

"For that, we are eternally grateful. Sure, Shivaun and I still haven't earned a bean yet, but at least most months we've been able to pay the bills. That said, we must face the undeniable fact that we're more successful as a cafe than as a bookshop."

However, the duo have concluded that "... all the signs suggest that there is little scope in the immediate future for W&T to emerge as a successful indie bookshop-cum-literary and community hub".

The store is open for Christmas shopping until Christmas Eve and then a closing down sale begins on Monday 6 January.

W&T's closure will mean that the Riverside Bookshop at Hay's Galleria is the only remaining general interest independent bookseller in SE1.

A new branch of Foyles is due to open at Waterloo Station in late January.