Elephant & Castle Shopping Centre to be replaced by 'town centre'

The development of homes and shops to replace the Elephant & Castle Shopping Centre will be in the form of a new 'town centre' rather than an enclosed mall, the site's new owners have revealed. 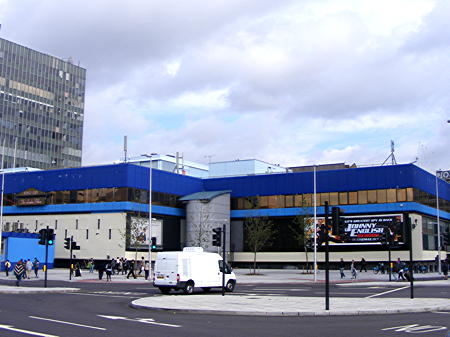 Representatives of Delancey – who acquired the centre last year in an £80 million joint venture deal with APG – talked about their intentions at Saturday's meeting of Borough, Bankside & Walworth Community Council.

Stafford Lancaster, a director of Delancey, said that the company is on a "fast track" to submit a detailed planning application to Southwark Council by the end of the year.

Promising a far-reaching consultation programme, he said: "There are a few things that we are very clear on.

"The first thing is that we are looking to demolish the centre and redevelop it.

"The second thing is that we are looking to deliver a new town centre for the area: not a shopping centre or a mini-Westfield [but] a retail centre that's relevant to this area."

Delancey's move to rule out a new enclosed shopping mall – together with the forthcoming changes to the northern roundabout – marks a return to some of the key ideas of the Elephant & Castle masterplan agreed a decade ago this month.

Just three years ago it seemed possible that the 49-year-old shopping centre would be refurbished rather than replaced and that any change to the road layout would be modest.

As well as new shops, the Delancey/APG scheme will include a significant amount of private rented housing.

"The thing about the private rental market is that it has to be relevant to Londoners earning London wages," said Mr Lancaster.

"We're not letting to people in Hong Kong or anywhere else. We have to be relevant to the local market or we will be out of business."

This week the shopping centre's former co-owner St Modwen published its full year results, boasting of "significant profits for our shareholders" thanks to the sale at the end of last year.

St Modwen chief executive Bill Oliver wrote: "The most significant transaction of the year was the sale of the Elephant & Castle Shopping Centre which demonstrated clearly how our exposure to the London and South East market has enabled us to capitalise on the growing investor interest in this area.

"Having acquired the asset, through our 50:50 KPI joint venture, for £29 million in 2002, we added significant value to the property during our ownership, whilst also benefitting from the income it delivered, finally achieving an attractive sale price of £80 million compared to £52.5 million book value at the start of the period."