Removal firm Rocketvan has moved from Union Street after more than six years under the railway bridge. 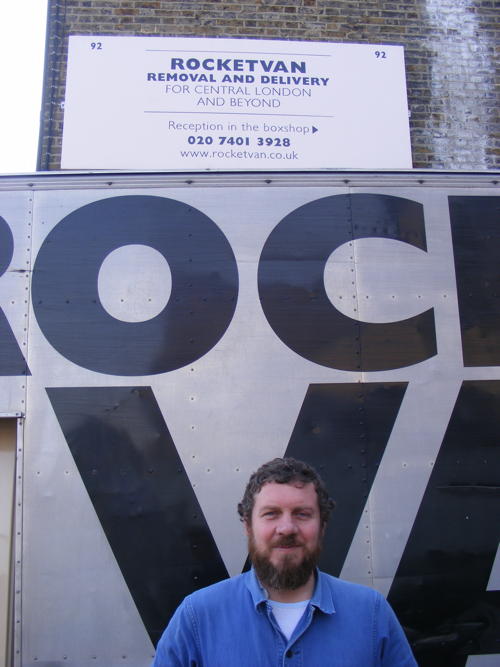 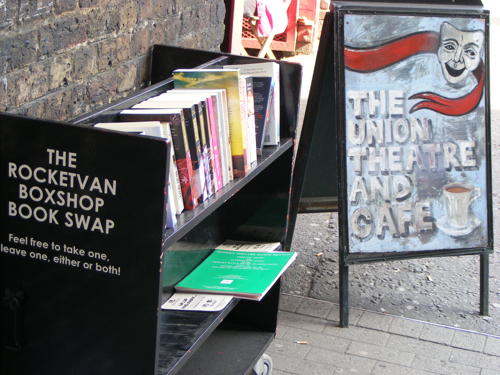 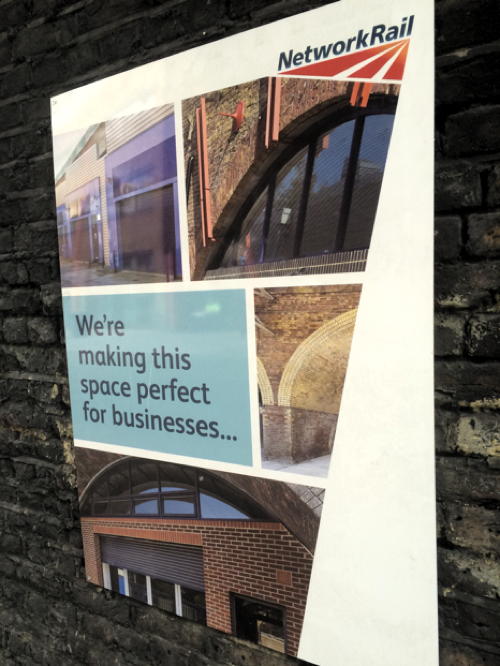 Network Rail has erected these posters outside Rocketvan's former premises

The removals and packaging business is now to be found in Brandon Street SE17.

"It's just over a mile from the old shop to the new," says founder Julian Wilson, indicating the almost direct line south down Great Suffolk Street and Harper Road.

The long-feared move is the result of steep rent rises followed by notices to quit from landlords Network Rail.

The rail infrastructure firm last summer received planning permission to refurbish the arches south of Union Street as offices, despite the fact that the spaces were already occupied by a range of small businesses.

A year ago at the height of the dispute Julian said: "We spent a lot of time, love and money on this shop and if this is not regenerating an old arch I don't know what is."

Academy Costumes, which was also in the arches, has now relocated its workshop back to Rushworth Street which was the original base. Rocketvan was the last of three businesses to leave after first moving its neighbours.

"It was a bit emotional leaving Union Street but now we are here it feels natural," says Julian sitting in the former commercial vehicle garage in Brandon Street.

His first office in Union Street, before the opening of the shop in the former cafe, was at the side of the arch in a shipping container.

Now the Boxshop will soon be in its own smart container on the Brandon Street premises forecourt with its stock of boxes, tape, bubble-wrap, pads and pencils.

Not only did it feature Prince William and Catherine but also the late Queen Mother on the edge of the balcony scene. 'Fergie' could be spotted looking out of a window. In 2012 the shop marked the completion of the Shard by building its own version out of cardboard boxes complete with a fox as once found in the real structure.

A reminder of Rocketvan's presence in Union Street is the Rocketvan Boxshop Book Swap shelf now found across the road and being maintained by the Union Theatre & Cafe.

But the mood is upbeat. "We've done what we do best...we've moved!" says the change of address card.