Local architecture practice Allies and Morrison has been given the go-ahead to build a 16-storey landmark residential tower at the junction of Southwark Street and Lavington Street. 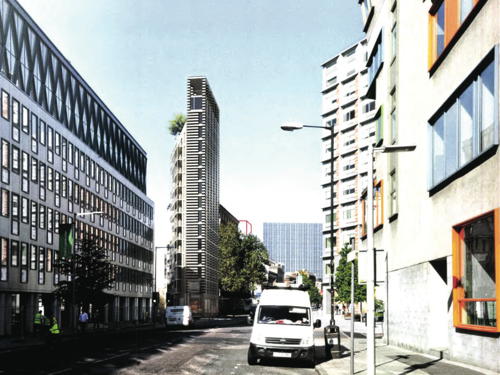 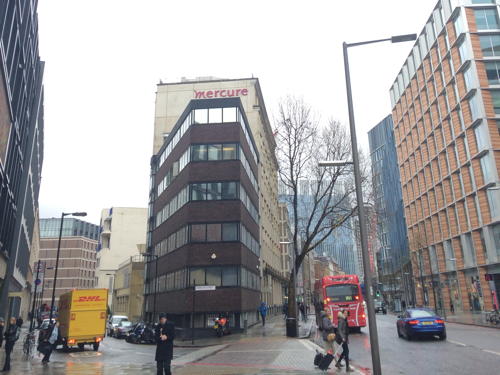 The existing building at Isis House

The site – currently occupied by a six-storey office block called Isis House – is owned by Allies and Morrison whose headquarters are situated just a few yards away.

Under the proposals approved by Southwark Council's planning committee this week, Isis House will be replaced by a 16-storey tower including nine loft-style apartments and a retail unit on the ground floor.

Co-founder Graham Morrison told the planning committee: "We have nine people set up to occupy them and they are going to design the interiors themselves. Many of the partners in my practice actually want to live there."

Asked to account for the height of the building, Mr Morrison argued that the proposed tower occupies a significant site in the local street pattern that is visible from some distance to the east along Borough High Street.

"Historically, that's the point in the plan where the pre-Victorian street pattern has been incised by Southwark Street, which was the Victorian gesture to link London Bridge with Blackfriars.

"It then left a whole series of triangular sites – such as this one – which are akin to the Flatiron Building in New York [which was built in] exactly the same circumstances where Broadway crosses Fifth Avenue."

The architect also told councillors that the new tower would serve as a wayfinding point for tourists heading to Tate Modern from London Bridge Station.

"You'll be able to say 'go to that tower and turn right'," he said.

Allies & Morrison will pay the council Ł400,000 in lieu of the provision of affordable housing.

Planning committee member Cllr Adele Morris raised concerns about the loss of office space in the area and warned that this scheme could set a precedent for other office buildings to be redeveloped for residential use.

The application was approved by six votes to one.