A controversial development of 37 homes in the Bermondsey Street conservation area has been approved by Southwark's planning committee. 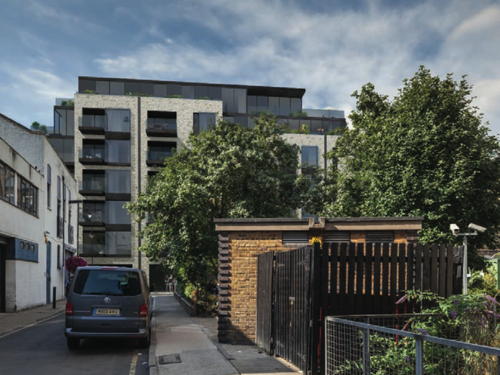 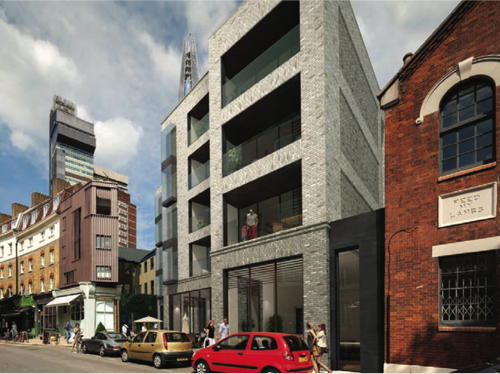 The Snowsfields elevation of the proposed development

Plans for the redevelopment of buildings alongside Our Lady of La Salette & St Joseph Church between Melior Street and Snowsfields were considered by Southwark Council last month.

The planning application was submitted jointly by Crest Nicholson, Addition Land and the Roman Catholic Archdiocese of Southwark.

As well as 28 private homes and nine affordable homes, the seven-storey development includes new premises for the Manna Centre for homeless people and a refurbished church hall.

Part of the former St Joseph's School will be demolished to make way for the new buildings.

Clare Birks of the Bermondsey Street Area Partnership objected to the "wanton demolition of historic buildings" and the "alien style elements" of the proposed replacements.

She warned that the scheme would set a precedent for demolition and high-density new development across the conservation area.

Russell Gray, coordinator of the Bermondsey Village Action Group, said that only "creatures from a parallel universe" would find the scheme acceptable and insisted that a viable redevelopment of the existing buildings was perfectly possible.

Their objections were echoed by Grange ward councillor Mark Gettleson who urged the committee to reject the proposals.

"In my view this application is what conservation areas were designed to stop," he said.

Cllr Gettleson warned that the development was of an "unprecedented size and design" for this part of Bermondsey and claimed that the application would not have been brought to committee for approval if the church and the Manna Centre had not lent their names to the scheme.

He added: "The reason people want to move to the area is intrinsically linked to the conservation area."

Trevor Selwyn, managing director of Crest Nicholson, addressed the committee in support of what he described as a "fantastic scheme". He said work could start "straight away" with the building of the Manna Centre's new premises.

The development was approved by four votes to three, with the committee splitting along party lines. The four Labour committee members backed the scheme whilst the three Liberal Democrats voted against.