More than 30 businesses and their employees came together to help local charities by collecting and wrapping a record-breaking 1703 gifts to be distributed to organisations helping the young, elderly and homeless in Southwark this Christmas. 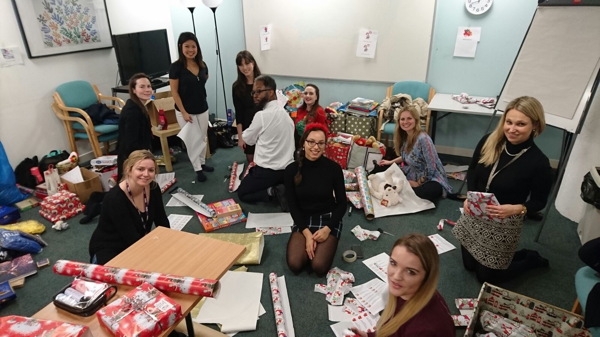 Business improvement district Team London Bridge has been collecting gift donations for the past 10 years, allowing people who may not otherwise receive a present having something to open on Christmas Day.

The campaign began in November, with businesses collecting gifts and either signing up to the community volunteering wrapping day or organising their own wrapping sessions.

As a result of everyone's efforts 1703 gifts were donated – the biggest Team London Bridge collection to date.

More than 70 local employees and residents got in the festive spirit, sorting and wrapping the many donations before sending them off to local charities.

Tenants of The Shard also organised a wrapping bay in their communal area over two days, collecting a staggering 520 gifts (measuring half the height of the skyscraper itself).

Over at More London, Norton Rose Fulbright held a competition to see which floor could collect the most gifts, with 400 items donated and wrapped.

Thanks to these overwhelming contributions a total of 13 charities received donations, five more than originally planned, including Bede House, the Manna Centre, the Beormund Community Centre and Salmon Youth Centre.