A restaurant and bar named after Mayor of London Boris Johnson has opened on the South Bank. 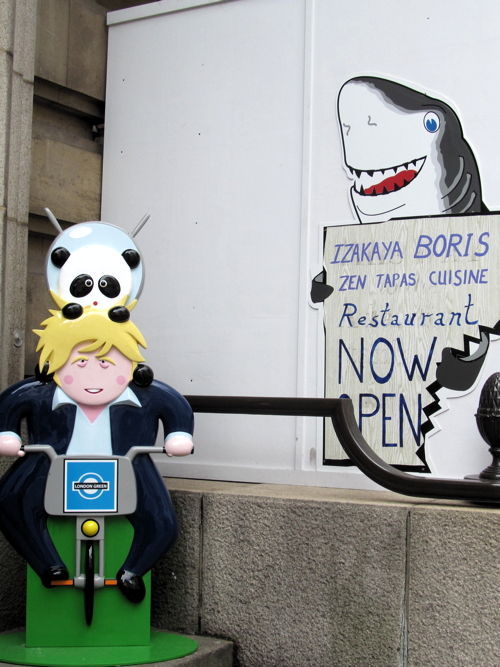 The entrance to Ikakaya Boris on Belvedere Road

Izakaya Boris ('Boris Tavern' in Japanese) offers 'zen tapas cuisine' and features plastic depictions of the mayor riding a bicycle with a panda on his shoulders.

The restaurant is located on the ground floor of County Hall, the building which until 1986 served as the headquarters of the Greater London Council, led by Mr Johnson's erstwhile Labour rival Ken Livingstone.

He also launched his bid to secure the Conservative mayoral nomination at the South Bank venue.

The mayor's office did not respond to a request for comment on the use of his name and image.