Sir Stelios Haji-Ioannou is launching an easyBus service between Waterloo and Gatwick Airport with fares starting at just £1. 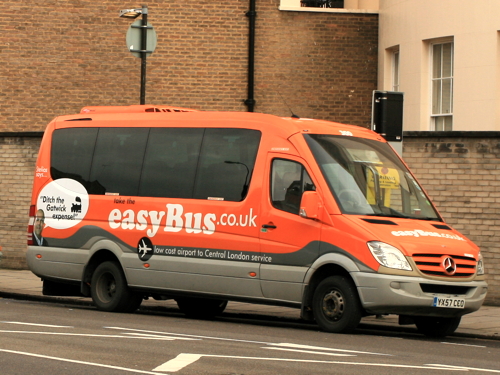 An easyBus pictured in Marylebone in 2010. (Photo by Mick Baker licensed under Creative Commons) 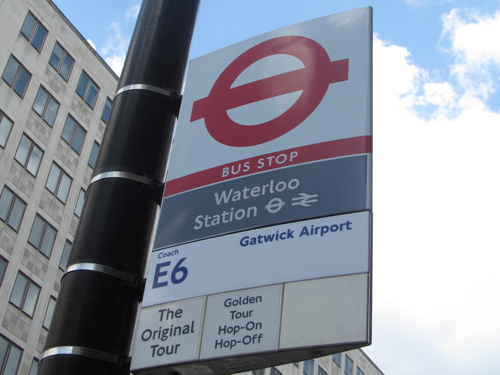 The easyJet founder set up easyBus as a no-frills minibus operator in 2003 and its network has expanded and contracted several times.

From Monday 7 July a new easyBus service will link Waterloo with Gatwick Airport.

Buses will run two or three times an hour with a journey time of 70 minutes from a bus stop outside Elizabeth House in York Road.

easyBus has bought a new fleet of 14-seater Ford Transit minibuses for its new Old Street to Stansted and Waterloo to Gatwick services.

The Waterloo to Gatwick will operate daily between 3am/4am and midnight.

Although the company advertises its lowest fare as Ł2, tickets for journeys in July and August range in price between Ł1 and Ł6.99 each way.