A quiet revolution in transport links between SE1 and London's airports has taken place this summer. 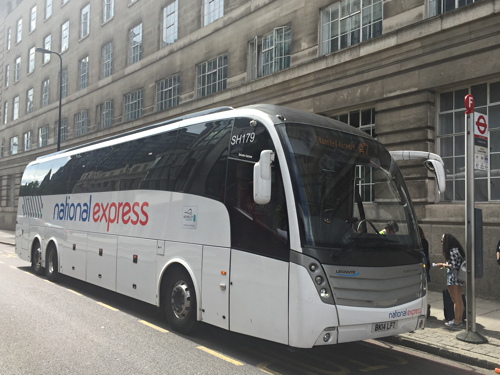 Passengers boarding the A7 to Stansted in York Road, Waterloo 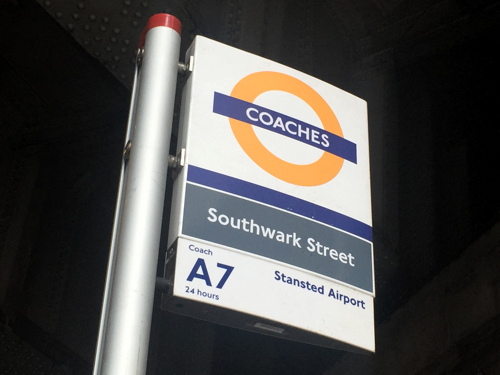 Meanwhile National Express has introduced a 24-hour coach link from Waterloo to Stansted Airport, with a further pick-up point in Southwark Street, near the junction with Blackfriars Road.

At Waterloo, most National Express services stop in York Road, with a few departures picking up at Tenison Way instead.

Services on the A7 run every 15-20 minutes and a typical single fare from London to Stansted is Ł9. The journey takes about 1 hour and 20 minutes, with night time journeys taking little more than an hour.

"These services provide passengers with even more affordable and convenient options for accessing the airport, especially those travelling from areas that traditionally haven’t been well served and cements Stansted’s position as the number one major UK airport for public transport."

Stagecoach-owned South West Trains has teamed up with National Express to offer through tickets to Stansted on the A7 coach for train passengers arriving at Waterloo. However, at Ł12 the rail add-on ticket is poor value compared with booking directly with National Express.

However, the rail link tickets are flexible and can be used on any coach on the booked day.

To add to the confusion, tickets on the National Express A7 are available at even cheaper prices via the easyBus website.

For example, a seat on the A7 from Waterloo to Stansted at 8am on Wednesday 7 September is Ł5.95 when booked with easyBus but more than twice the price – Ł13 – if booked direct with National Express.

Have you used the A7? Would you use it?