A Welsh university that has its London campus above the Elephant & Castle Shopping Centre has had its right to recruit students from outside the European Union suspended by the Government. 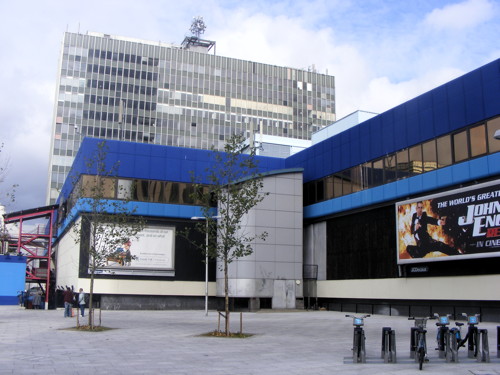 In 2011 Wrexham-based Glyndwr University acquired the London School of Management and Science which is based at Hannibal House, above the Elephant & Castle Shopping Centre.

On Tuesday immigration minister James Brokenshire told the House of Commons that that since the start of February immigration enforcement officers, with the support of the National Crime Agency together with officials from UK Visas and Immigration, have been conducting an investigation into actions by organised criminals to falsify English language tests for student visa applicants.

"They have also investigated a number of colleges and universities for their failure to make sure that the foreign students they have sponsored meet the standards set out in the immigration rules," the minister said.

"Since the reforms we introduced in 2011, it has been a requirement for all student visa applicants to prove they can speak English at an appropriate level.

"All students in further education or at a university that relies on English language testing, who want to extend their stay by applying for a new student visa have to be tested by one of five companies licensed by the Government.

"One of those companies, the European subsidiary of an American firm called Educational Testing Service, was exposed by the BBC's Panorama programme earlier this year following systematic cheating at a number of its UK test centres."

"Facilitated by organised criminals, this typically involved invigilators supplying, even reading out, answers to whole exam rooms, or gangs of impostors being allowed to step into the exam-candidates' places to sit the test.

"Evidently, this could happen only with considerable collusion by the test centres concerned."

He continued: "Students sponsored by Glyndwr University so far identified with invalid test results provided by ETS number more than 230, rising to more than 350 if the scores counted as questionable are added."

Mr Brokenshire said: "The Government are not prepared to tolerate this abuse, so I can tell the House that this morning, the Home Office suspended the highly trusted sponsor status- that is, the right to sponsor foreign students – of Glyndwr University."

A spokesman for Glyndwr University said: "The university is deeply upset that its sponsor licence has been suspended by UK Visas and Immigration (UKVI) and is working with them to investigate the issues raised.

"We have partnerships with a number of suppliers and are incredibly disappointed to have been the subject of any deception or activity that would put that licence under threat.

"To be put in this position by external partners is frustrating as Glyndwr University takes its responsibility as a highly trusted sponsor very seriously and is committed to supporting the continuing education of those genuine international students who demonstrate full compliance with their immigration requirements.

"The university has been working closely with UKVI in a bid to improve its operations at the Elephant & Castle campus and will continue to do so.

"A new investigation team has been set up and will respond to the points raised so that this issue can be resolved and the university's licence reinstated."

Mr Brokenshire said: "Because much of the worst abuse we have uncovered seems to be taking place at London sub-campuses of universities based in other parts of the country, the Quality Assurance Agency for Higher Education will examine these London campuses to see whether further action should be taken against their parent universities."