A new business improvement district (BID) for the South Bank will launch in October after businesses between Lambeth Bridge and Blackfriars Bridge voted in favour of the proposal. 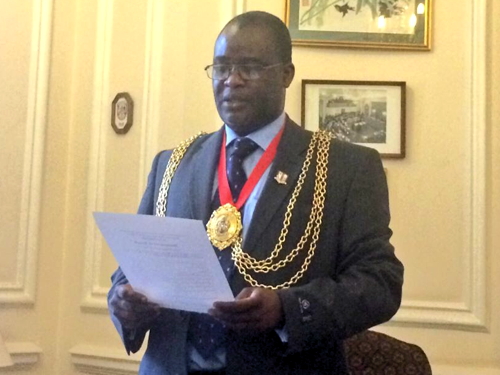 The results of the ballot were announced on Monday night at Lambeth town hall by Mayor of Lambeth Cllr Adedamola Aminu.

The business improvement district was proposed by the South Bank Employers' Group which has been working in the area for more than two decades but lacks the legal status that a BID confers.

In a BID, local firms pay a levy on business rates to fund extra local services and initiatives to develop an area as a place to do business.

SBEG hopes that the BID will enable a wider range of businesses to get involved in local projects and will provide extra money to maintain and improve the area at a time when council budgets are squeezed.

"We were encouraged by the level of support for a South Bank BID when we consulted businesses about the proposal and we are delighted with the positive outcome of the ballot," said South Bank Employers' Group CEO Ted Inman.

"The South Bank BID will play a vital part in managing the impacts of the South Bank's success and making it an even better place to do business."

The BID proposal was developed with a Ł30,000 grant from the Greater London Authority. The ballot result was welcomed by the Mayor of London Boris Johnson who said: "The world famous South Bank attracts 25 million visitors a year and is a vital part of the city's economy. A business improvement district will help ensure that the area continues to flourish for many years to come".

The new BID spans the Lambeth/Southwark boundary. Unlike Waterloo Quarter BID which had to hold separate ballots in each borough, South Bank BID has been able to take advantage of new regulations permitting cross-borough BIDs.

Just under half of the 183 eligible businesses took part in the ballot, with 90 per cent voting in favour.

The new BID has a five-year mandate and will start operations on 1 October. BID levies will be collected by Lambeth and Southwark councils.

The BID's key objectives include making the area safer, cleaner and grinners, as well as promoting the area, coordinating large-scale construction projects and serving as a collective voice for local businesses.