'The Interceptor' filming in Bartholomew Street

Red Planet Pizza in Bartholomew Street became Proteus Pizza on Monday when scenes for a new BBC drama were filmed in the street. 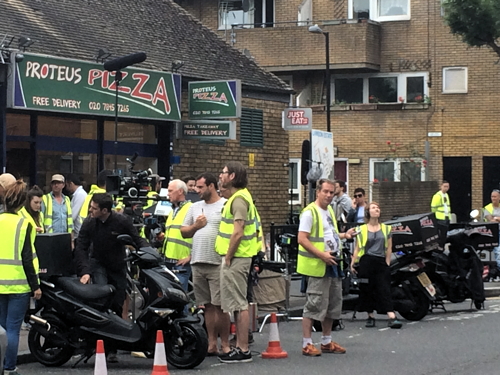 The Interceptor is a new BBC television drama by Tony Saint about a top secret surveillance team tasked with tracking down some of Britain's most dangerous criminals.

During Monday's filming the playground of St Saviour's and St Olave's School was used as a base for production vehicles.

Other locations used for The Interceptor include Britannia House in Trinity Street – which became Bermondsey Lane Police Station during filming in March – and Waterloo Station.