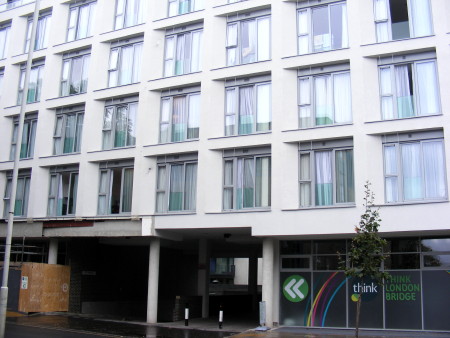 Properties operated by Think in Bermondsey Street, Long Lane and Tower Bridge Road were placed in the hands of administrators Duff & Phelps following the decision of Ireland's National Asset Management Agency to call in loans to the property-owning companies which developed the sites.

Duff & Phelps have appointed Go Native to operate the three SE1 sites – and another in Earl's Court – from 1 September.

"This is an exciting opportunity for Go Native to consolidate its position as the leading serviced apartment operator in the UK," said Go Native chief executive Guy Nixon.

"Over the last two years we have invested significantly in the development of a scalable operating platform which will enable us to comfortably absorb the additional units."

Go Native recently announced that it is to be the operator of the apart-hotel under construction on the site of the Empire Warehouse in Bear Gardens, Bankside. This venue will be known as Go Native Southbank.