First Capital Connect, whose Bedford to Brighton trains have run through Blackfriars Station and London Bridge Station, handed its service to Govia at 2am on Sunday morning. 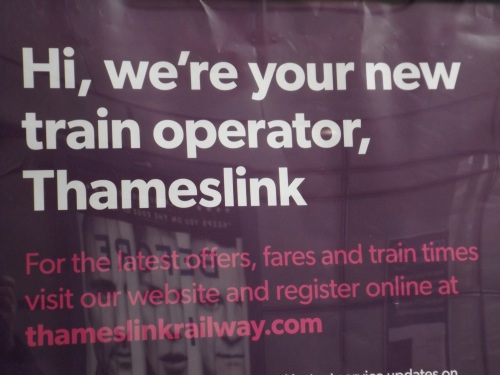 Govia won the franchise but will return to using the Thameslink brand which is thought to be a more familiar name. The company ran Thameslink from 1997 until 2006 when FCC won the contract.

A spokeswoman said: "We expect the changeover to go smoothly and passengers should see no immediate change to their services," said a Govia spokesperson.

"FCC staff are transferring to Govia Thameslink Railway and we have every confidence in our employees running the service as normal."

However, RMT and ASLEF rail unions are holding a protest at Blackfriars Station on Monday against the new franchise.

"Monday's protest marks the beginning of a rolling campaign opposing the new franchise's proposals for driver only operation and the sacking and reducing of the role of train guards and conductors, station de-staffing and the closure of ticket offices," said RMT acting general secretary Mick Cash.

"Passengers can now expect to see fares go up and a less safe service as the franchisee tries to squeeze as much profit as it can from the operation.

"Privatisation of the railways has been a total disaster. Rather than creating a new super-franchise the government should be bringing this essential service back under public control."