The Bermondsey & Old Southwark parliamentary constituency is to be a target Labour seat at the General Election. 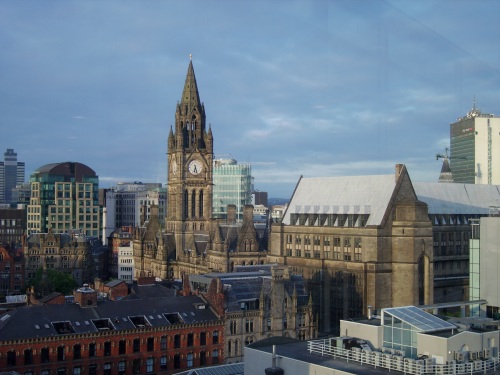 Manchester Town Hall and skyline seen from the conference zone

It is one of twelve London seats at the top of its general election hit list.

The list was revealed in Manchester where the Labour Party is holding its pre-election conference.

Camberwell & Peckham MP Harriet Harman, speaking on Sunday as deputy leader, told party activists that the seats were the key to securing a Labour Government.

Bermondsey's prospective Labour candidate Neil Coyle had travelled to Manchester on Saturday evening after helping at the Labour Party stall at the Bermondsey Street Festival.

Simon Hughes, now Justice Minister, has been the constituency's Liberal member of parliament since 1983. The Liberal Democrat conference is in Glasgow next month.

Polling day is Thursday 7 May.