The South Bank Tower's eleven floor extension has been topped out in anticipation of completion next year. 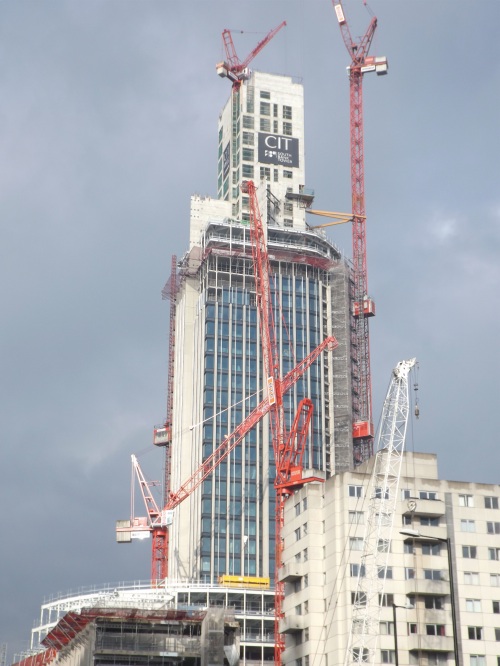 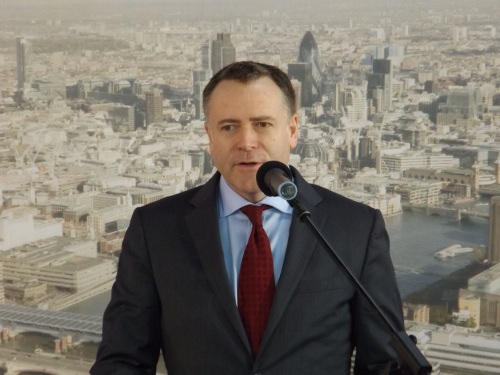 Southwark Council Leader Peter John at the topping out 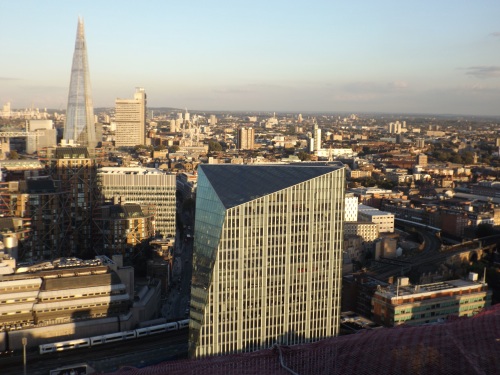 View to the east from the top of South Bank Tower 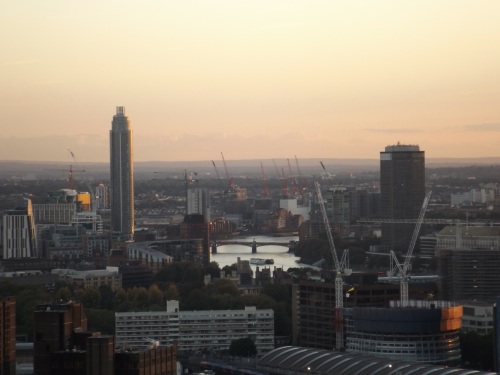 View of Vauxhall from the top of South Bank Tower

The ceremony at the top of the 41-storey tower in Upper Ground was performed on Wednesday evening by Deputy Mayor of London Sir Edward Lister.

The original building, called King's Reach Tower, was completed in 1972 and occupied by IPC Media. The new development will contain 191 luxury apartments as well as office and retail space.

"The tower has created local jobs and is leading the regeneration of Southwark into a thriving location for residents to live and work,” said Sir Edward.

Cllr Peter John said: "This building is really important for us in Southwark."

"It underlines the regeneration of this part of the borough but it also helps us as a council through financial contributions to deliver some of our 11,000 new council homes. It helps us to deliver new jobs and opportunities for residents of our borough.

He added: "We are taking our place at the heart of London. This is really going to be a landmark building."

Stephen Pycroft said: "Mace has been working in Southwark for twenty years. To the west we built the London Eye. To the east we built City Hall and the Tate Modern (extension) going up now.

"Behind us we have got Blackfriars (Station) and of course not least The Shard.

"So we have been quite active in the Southwark area."

Mondrian London Hotel, in the riverfront Sea Containers House next to the South Bank Tower, opens next month.

"This underlines what can be done with buildings which have become tired," said Cllr John commenting on the neighbouring developments.

The decision to approve South Bank Tower's extra floors was reached despite objections from English Heritage and Westminster City Council.