The developers of a luxury housing complex on the South Bank have toured Kuwait, Bahrain and Dubai to sell flats in the new scheme. 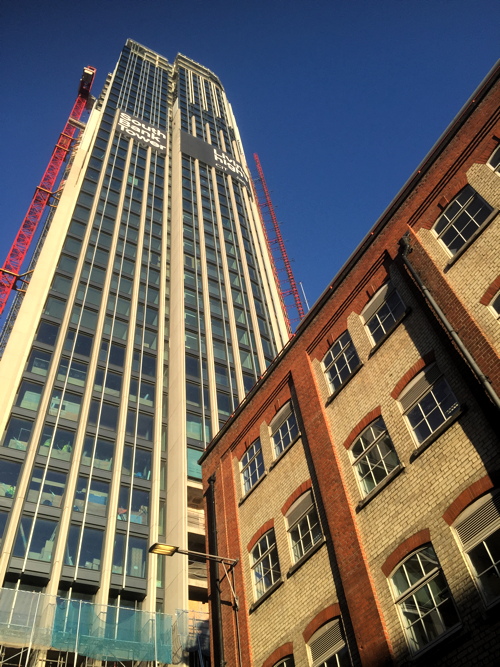 Developers CIT have added 11 storeys to the 30-storey 1970s office block formerly known as King's Reach Tower and are converting most of the structure to residential use.

With more than two-thirds of the homes in the tower said to have been sold already, the Saudi-backed developers have embarked on a tour of the Middle East to drum up further interest from investors.

According to a report in Dubai's Khaleej Times newspaper, the three penthouses at the top of the tower will be marketed at £20 million each.

These are some of SE1's most expensive homes ever put on sale, but are likely to be eclipsed by the £23 million penthouse at the top of the nearby One Blackfriars tower.

At Neo Bankside, a penthouse first listed for sale at £22 million is still on the market with the price reduced to a mere £19.75 million.

"We are targeting owner-occupiers. So people who would like to invest in London but also use the apartment as a base as well as for holiday homes," CIT's Christopher Richmond told the Khaleej Times.

Mr Richmond added: "We don't expect buyers like Chinese who bring money to the meeting room. We do expect a lot of interest from Middle Eastern buyers as they are familiar with London."

Around 15 per cent of the flats at South Bank Tower have been sold to buyers in the Gulf region, reports Khaleej Times.

The expected sale price of just one of the penthouses will cover the bulk of the £28 million payment made to Southwark Council in lieu of the provision of any affordable housing in the scheme.

Ms Kelly said: "I think it's scaremongering. I don't think it's happening at all.

"You have a very, very small percentage of people who want to buy expensive property and leave it sitting for them to be able to occupy for one weekend of the year.

"You are talking miniscule – the very top end of the market.

"The vast majority of people who are buying for investment will want the rental yield, no matter how rich they are.

"Money goes where money is. They are not daft.

"They are not going to buy it and see the capital increase if they can get a revenue stream too.

"I do actually think that it is scaremongering by a particular sector that want to say that we shouldn't have foreign investment or that we should only have local homes for local people."

She added: "I think that the market can decide and determine and we should have a free market across the piece."