Several postboxes around Blackfriars Road and Waterloo have been sealed up this week after Royal Mail lost the keys. 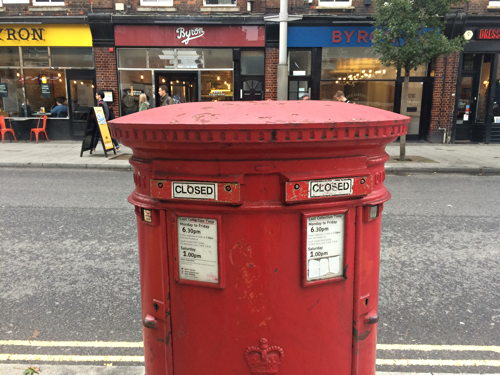 At least four boxes – one in Baylis Road, another in The Cut and two in Blackfriars Road – have been closed.

"We can confirm that a small number of postboxes in the Southwark area have had to be temporarily sealed after the keys to those boxes went missing," said Royal Mail spokeswoman Sally Hopkins.

"The boxes were cleared before they were sealed so no mail was left inside.

"Royal Mail apologises to customers for any inconvenience this may have caused.

"We are working to replace the locks so we can reopen these boxes as soon as possible.

"In the meantime, customers can use other boxes in the area or drop off mail at any Post Office branch."