Battle re-enactors from the English Civil War Society marched across the Millennium Bridge from the City of London to Bankside on Sunday morning to promote a new TV series. 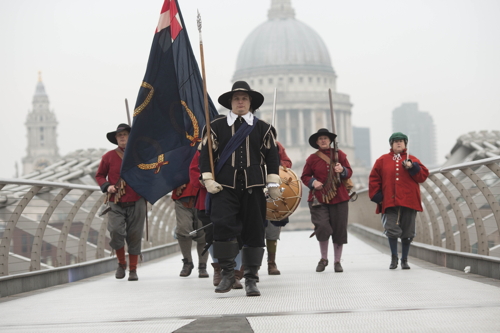 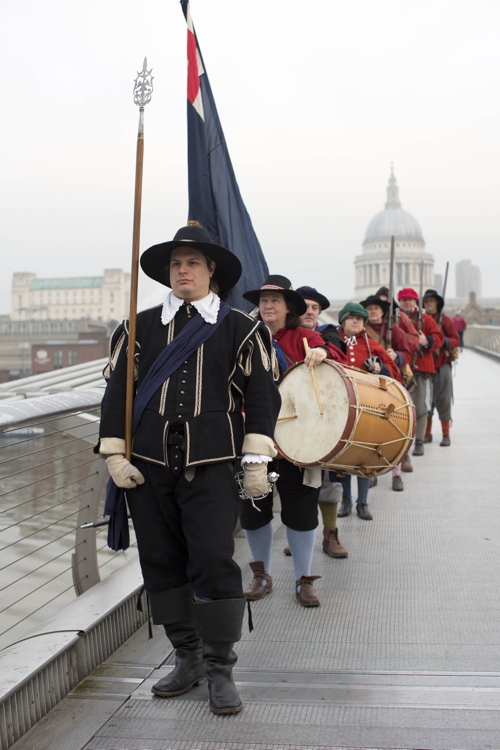 The ECWS members dressed as Parliamentarians or Roundheads for the event which marked the launch of the new TV series Weekend Warriors.

The programme explores the world of battle re-enactors and the people who are dedicated to accurately portraying historical conflicts in the fields and villages around the UK.

The series starts on Wednesday night on the Yesterday channel.

"Battle re-enactors are the ultimate living historians and these members of the English Civil War Society are committed to continually striving for historical authenticity in their clothing and artefacts," said Adrian Wills, general manager of UKTV channel Yesterday.

"It is particularly relevant that St Paul's Cathedral is in the background as they march across Millennium Bridge. The original building was mistreated by the Parliamentarian forces, who used the nave as a stable for cavalry horses."

"All the clothing and weapons we are carrying with us today are modern day reproductions which we believe to be historically accurate from examining surviving pieces, records, and paintings. They are made either by our members themselves or by specialist traders."