Proposals to turn the former Tower Bridge Magistrates' Court in Tooley Street into a 200-room hotel were revealed last month. 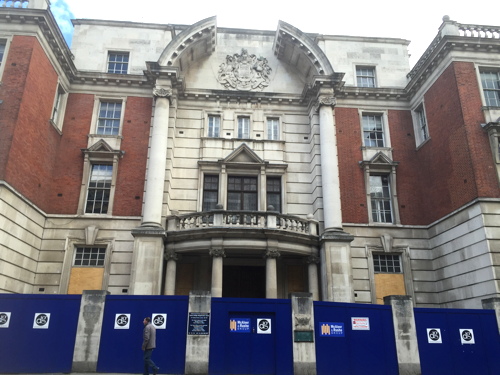 Under the proposals, Courtroom 1 would become a dining area

The grade II listed court building and police station dates from 1906 and was designed by John Dixon Butler.

The court closed in summer 2013 and was sold to Dominvs Group a year ago.

The new hotel would be operated under Intercontinental Hotels Group's 'Hotel Indigo' brand.

The proposals include turning one of the courtrooms into a dining area and creating a delicatessen on the ground floor of a new extension which would replace the cell blocks on the Queen Elizabeth Street side of the site.

Dominvs Group claims that its scheme will create more than 110 jobs.

The display boards from the public exhibition – and details of how to comment on the proposals – can be found at www.tbmagistrates.co.uk