Bankside Open Spaces Trust director Helen Firminger has left the organisation after more than a decade leading the improvement of local green spaces. 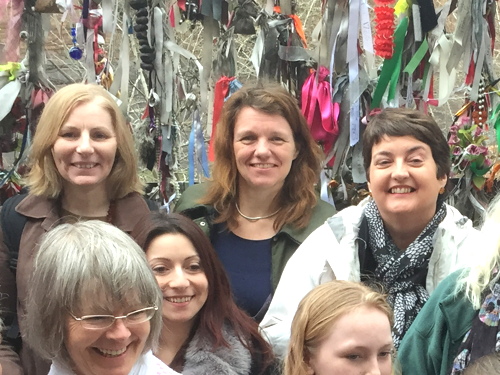 BOST supporters said farewell last Friday at the close of the annual May Fest in Red Cross Garden.

Much of the growth in both the scope and in the volume of the charity's activity had come about as a result of Helen's hard work and dedication said BOST chair Tim Wood when the director's departure was announced last month.

"It has been a real pleasure working with you and I hope very much to do so again," said Helen who indicated that she was moving on to a combination of professional and personal challenges.

Cllr Adele Morris, speaking after the maypole dancing, said that Helen, who succeeded Vicky Lawrence, had done "a fantastic job".

Under her leadership BOST had taken on Waterloo Millennium Green amongst numerous projects.

Tim Wood said that BOST was unique in protecting parks and praised Helen Firminger's ability in raising funding for this continued work.

The BOST board has acknowledged "Helen's contribution of twelve years' service to furthering the vision and aims of the organisation and maintaining its financial position, especially in recent years".