The Roman Catholic Church of the Most Holy Trinity at Dockhead has been upgraded from grade II listed building status to grade II*. 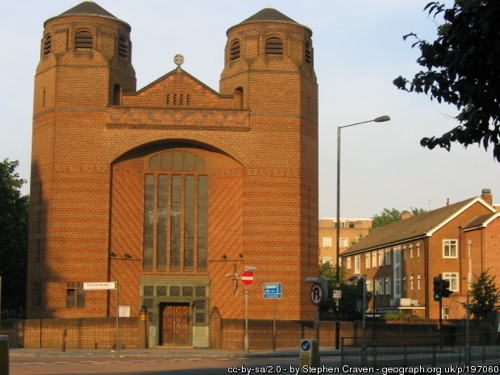 The post-war church, designed by Harry Stuart Goodhart-Rendel, was given grade II listed status in 1998.

In April this year it was upgraded to grade II* status which places it in the top eight per cent of all listed buildings.

The church's updated entry on the national heritage list describes the building as "an exercise in reconciling modernism with tradition, with an underlying Romanesque inspiration, but also recalling 20th-century continental models".

Goodhart-Rendel's church was completed in 1959 to replace the 19th-centry church destroyed by a bomb in 1945.

The 1998 listing also included the presbytery and this retains its grade II status along with the boundary wall around the complex.

Goodhart-Rendel's other buildings included St Olaf House, built by the Hay's Wharf company on the site of St Olave's Church near London Bridge.