This year's RA Summer Exhibition is sure to make people talk. 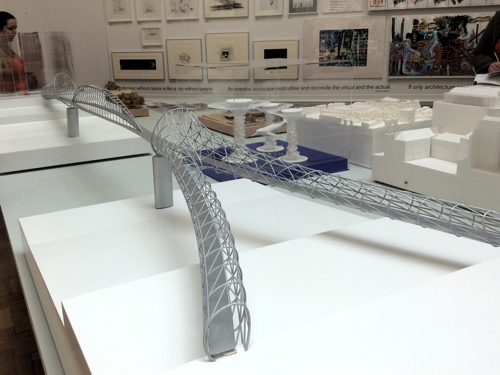 What might have been: see Eric Parry's design for the Millennium Bridge 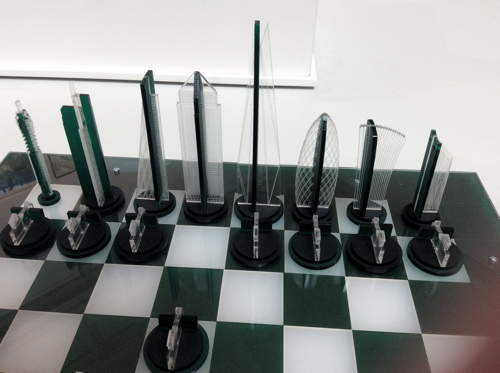 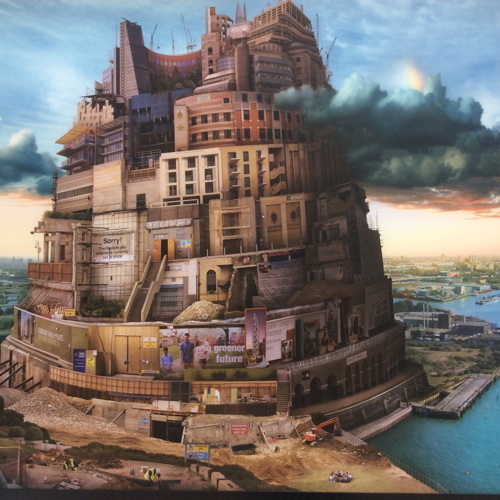 From the snazzy striped Grand Staircase devised by Jim Lambie to the array of small works displayed quite differently from usual, in rooms curated and hung by several different people, the whole is a work of art in itself, with carefully chosen colour themes and the strategic placing of major works and sculptures to give structure and draw attention to the scale of the fabulous building.

The theme of the architecture room is 'invented landscapes', though there are also quite a few landscape works among the submissions, notably in Jock McFadyen's room. The assembled pieces show that architects can be artists, makers, dreamers and technicians as well as social commentators. We see Eric Parry's unsuccessful entry for the Millennium Bridge design competition.

Architect Ian Ritchie has curated this room and advocates that architects should take more account of the landscape – both geological and historical and not merely consider the local context as an optional add-on. Karl Singporewala's Morals of Chess, using, inevitably, the Shard among other landmarks, reminds us of Benjamin Franklin's essay on lessons to be learned from the game of chess – developing strategies, taking an overall view but also noting that each building stands in its own footprint and does not relate to its neighbours.

Among the 1100 works on display you may spot Southwark Bridge, Tate Modern, maps of London depicting Bankside and local landmarks. Emily Allchurch's Babel London (after Breugel) is a nightmarish compilation of the current city landscape – how many SE1 landmarks can you spot?

• The Summer Exhibition is at the Royal Academy of Arts until 16 August.