The former landlord of the Prince of Wales pub in St George's Road, who invented four employees to steal almost £84,560 in a payroll and tax fraud, has been given a suspended prison sentence after an investigation by HM Revenue and Customs. 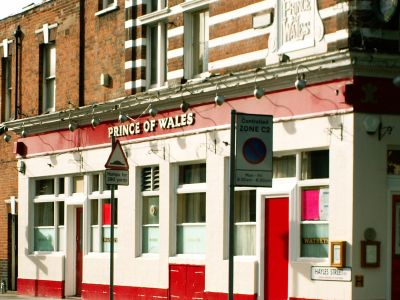 52-year-old Patrick O'Donnell of Kennington initiated records for the four fake employees, which he put through his payroll system for six years, August 2008 to April 2014, to reduce the profits he declared, inflating his expenses to evade tax and National Insurance.

O'Donnell pleaded guilty and at Southwark Crown Court on Monday he was sentenced to one year and eight months in prison, suspended for two years, and ordered to carry out 300 hours of unpaid work.

"O'Donnell thought he could get away with stealing taxpayers' money to support his own lifestyle," said Gary Forbes of HMRC.

"He did not care that he was depriving pubic services of much needed funding or that he was exploiting legitimate publicans, who work hard to pay the tax owed and on time.

"This will send out a firm warning to those involved in this form of crime – your business and personal financial affairs will be fully investigated and we will seek to prosecute."

O'Donnell was arrested in April 2014 and during a search of the pub Ł50,000 in cash was seized. This was later confirmed as the proceeds of crime and HMRC says that further confiscation proceedings to reclaim remaining criminal profits are under way.