Bermondsey and Old Southwark Labour MP Neil Coyle has warned that local residents and businesses lack confidence in the police and are worried that looming cuts will make things worse. 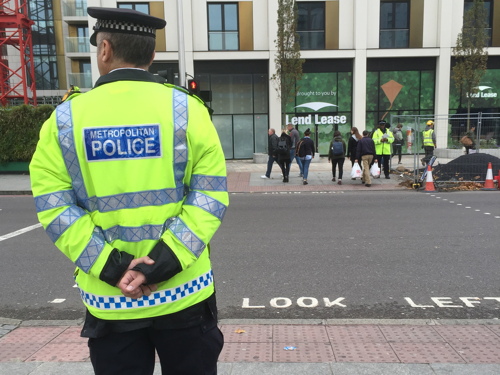 Speaking during an opposition debate on policing on Wednesday, Mr Coyle told the Commons that his constituents are "very concerned about the prospect of a 25 to 40 per cent further cut to resources" for the Metropolitan Police.

"There are a group of concerns about businesses in my constituency," he said.

"We've seen a rise in shoplifting that Tesco managers have raised with me.

"We've seen the targeting of the users of particular businesses – especially pubs and people stealing mobile phones from club users."

Mr Coyle said he had raised the "dramatic increase in commercial squatting" – such as the recent occupation of the Elephant & Castle pub – with Met commissioner Sir Bernard Hogan-Howe.

"We've also seen a rise in commercial burglaries in my constituency – particularly around Borough and Bermondsey, Long Lane and Tower Bridge Road," he said.

The MP went on to describe how the Cold Mountain Kit shop in Tower Bridge Road had been burgled within days of opening in January this year.

"Businesses are losing profits and confidence when targeted by incidents like this, as well losing stock and facing higher insurance and living in fear of repeat incidents in the face of cuts to our policing."

Turning to some of the most serious crimes, he said: "It brings me no pride to say that Southwark has one of the highest murder rates in the capital."

Mr Coyle said that a poor clear-up rate in relation to violent crime showed that Southwark Police was already under-resourced even before the cuts expected in the coming months.

"In 2013/14 only 16 per cent of the knife crime in Southwark led to charges being brought," he told the Commons chamber.

The MP said he will be organising a knife amnesty in Bermondsey and Old Southwark.

"Residents say to me that visibility and trust are the keys to policing locally, and the keys to both public and business confidence.

"That confidence is lacking."